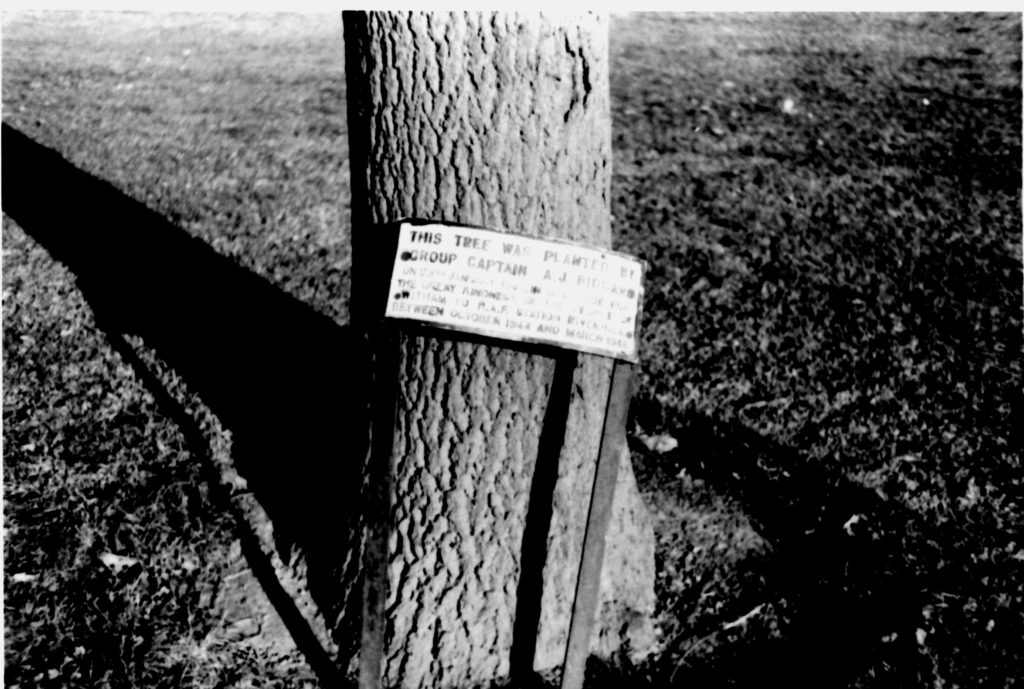 A plaque on one of the oak trees in the Park (recreation ground), Maldon Road.

The trees were planted by RAF personnel in 1946 after the Second World War. The inscription reads ‘THIS TREE WAS PLANTED BY / GROUP CAPTAIN A. J. BIGGAR / ON 23RD JANUARY 1946, IN GRATITUDE FOR / THE GREAT KINDNESS OF THE PEOPLE OF / WITHAM TO R. A. F. STATION RIVENHALL / BETWEEN OCTOBER 1944 AND MARCH 1946’.