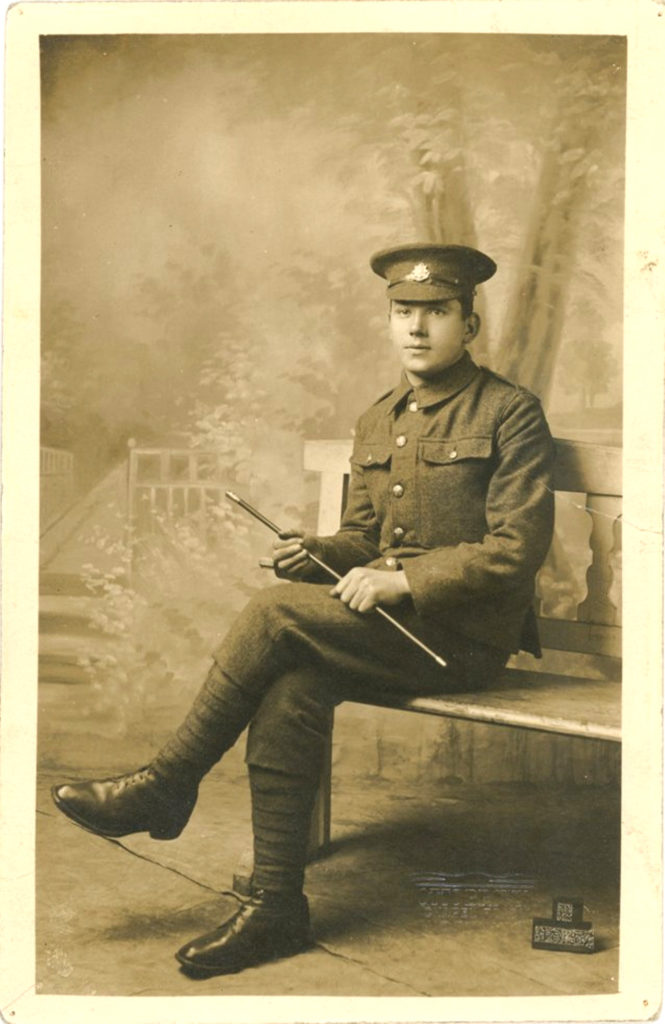 Cyril Chaplin. First World War soldier. Born and lived in Witham. Enlisted Egham, Surrey. In the uniform of the East Surrey Regiment, the Economy Pattern Service Dress (which lacked pocket pleats and shoulder patches). Later 2548 Corporal, 9th East Surreys. (information from Ian Hook, Essex Regiment Museum). Died in England of wounds received at Ypres, 20 August 1917, aged 24. Buried in All Saints churchyard. Brother of Harry in photo M112. Another brother, Louis George, was killed in France 2 May 1918, aged 25. The back of the card has written in pencil ‘To Amy With Love From Her Brother Cyril, 91 East Surry Regt.’ There were twelve children in the Chaplin family altogether; they lived in Maltings Lane, and their father, Harry the elder, worked for the Luard family at Witham Lodge. During the war their mother, Caroline, helped the Red Cross at the Bridge Hospital; she died in 1920 at the age of 60 (see photos M108 and M109). Mrs Farren, who gave me the photo, is Caroline’s granddaughter.