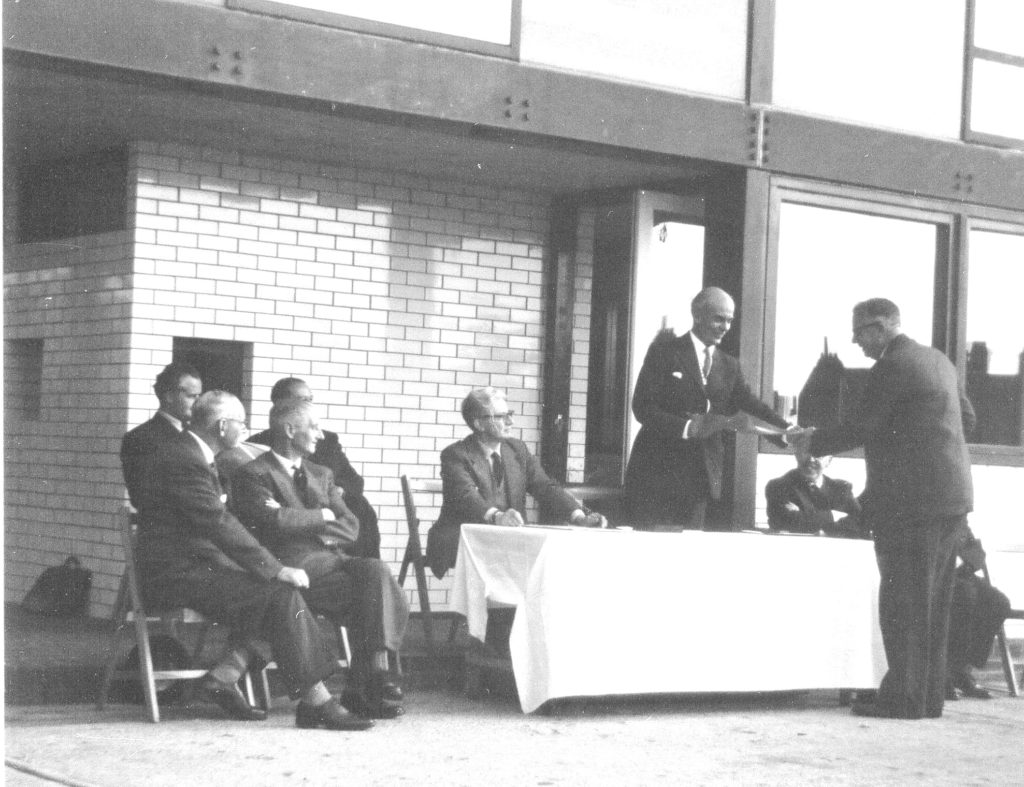 Presentation of RIBA bronze medal to architects of Cooper Taber seed warehouse, at the warehouse. For the best architecture in the Eastern Counties during the three years 1954 to 1957. One of the earliest buildings designed by Chamberlain, Powell and Bon, who later designed the Barbican in London (Peter Chamberlain, Geoffrey Powell and Christof Bon). It may be the three of them sitting on the left – two at the front and one behind on the left – because the latter looks quite like Mr Bon (according to Polly Wheaton who worked at the seed place). Included in the ceremony was the presentation of the medal by Mr R O Foster, (president of Essex, Cambridgeshire and Hertfordshire Society of Architects, probably the left hand man of the two standing) to Mr James Brown, chairman of the company (probably sitting, behind and between the two standing). In addition, a diploma was given to the builders. Mr Clifford Culpin, chairman of the jury, also spoke (probably him sitting behind, second from the left). Present were representatvies of the architectural profession, the seed trade, Witham chamber of commerce, and Witham Urban District Council.