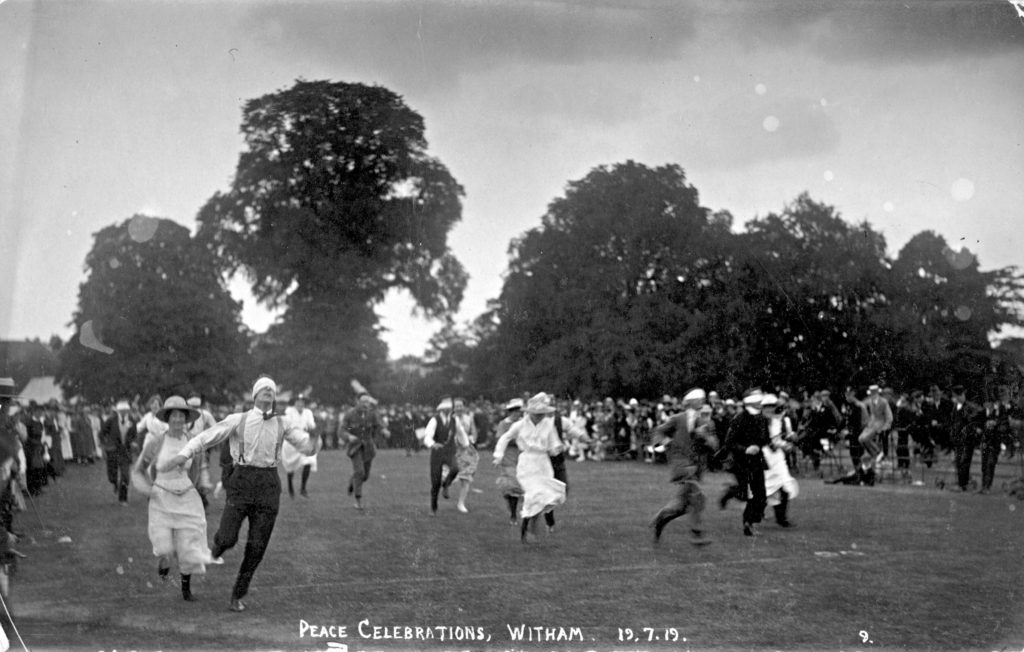 ‘Peace celebrations, Witham, 19.7.19’. This day had been declared ‘Peace Day’ after the signing of the Treaty of Versailles on 28 June, following negotiations after the First World War. See two extracts from Essex County Chronicle, 25 July 1919. There were tea and sports in the Maldon Road Recreation Ground (the Park) for children, and a dinner there in a marquee for 425 discharged soldiers who also had races; this appears to be the ‘blindfold race’ which according to the paper was won by ‘R Griffiths and Miss B Cutmore’. There was also a bonfire in Newland Street in the evening.