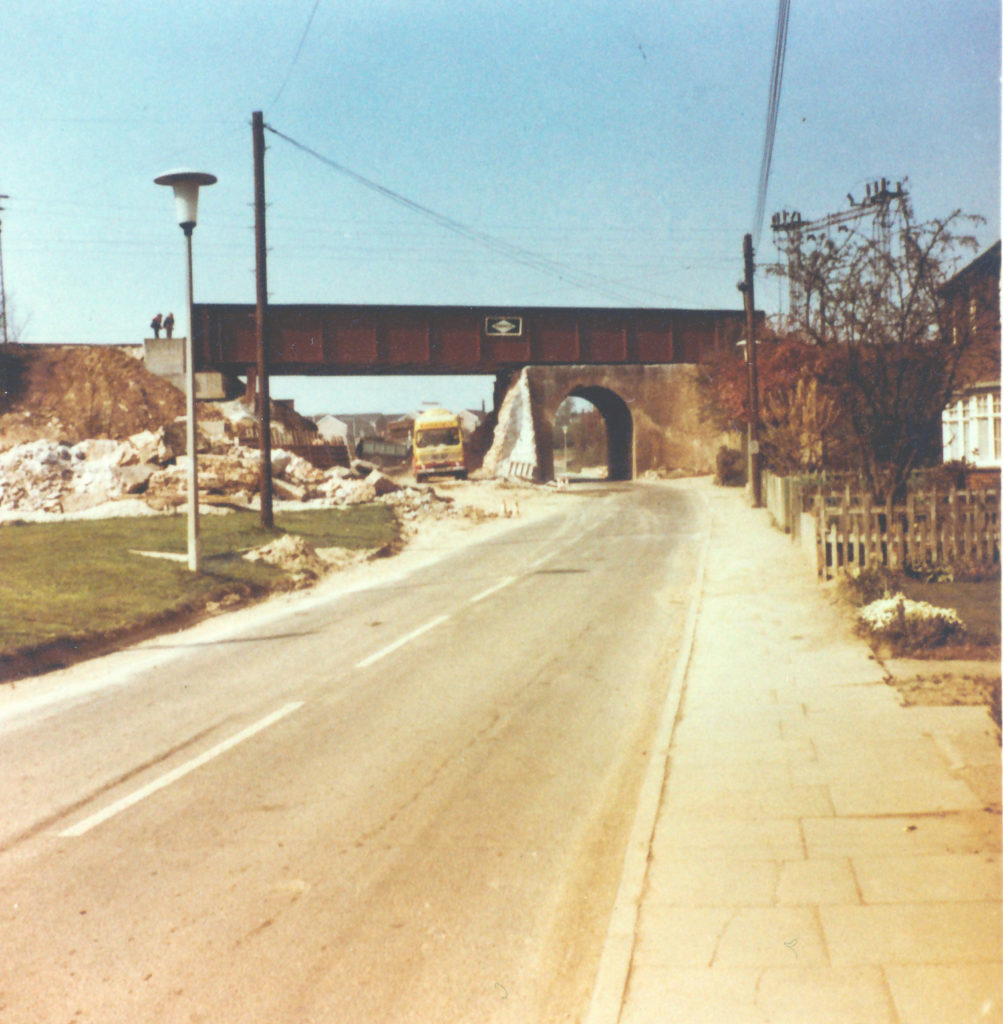 The railway bridge over Highfields Road being widened, from the south. The old bridge is still under the new steel one, on the right.

One day the nine-year old Lady Sarah Armstrong-Jones and her governess were travelling by train from Norwich and were delayed by the work on the bridge at Witham.

They left the train and continued onwards by road in a Triumph 2000.

She was the daughter of Princess Margaret and Lord Snowdon.

There is a report in the Braintree and Witham Times of 14 March 1974.