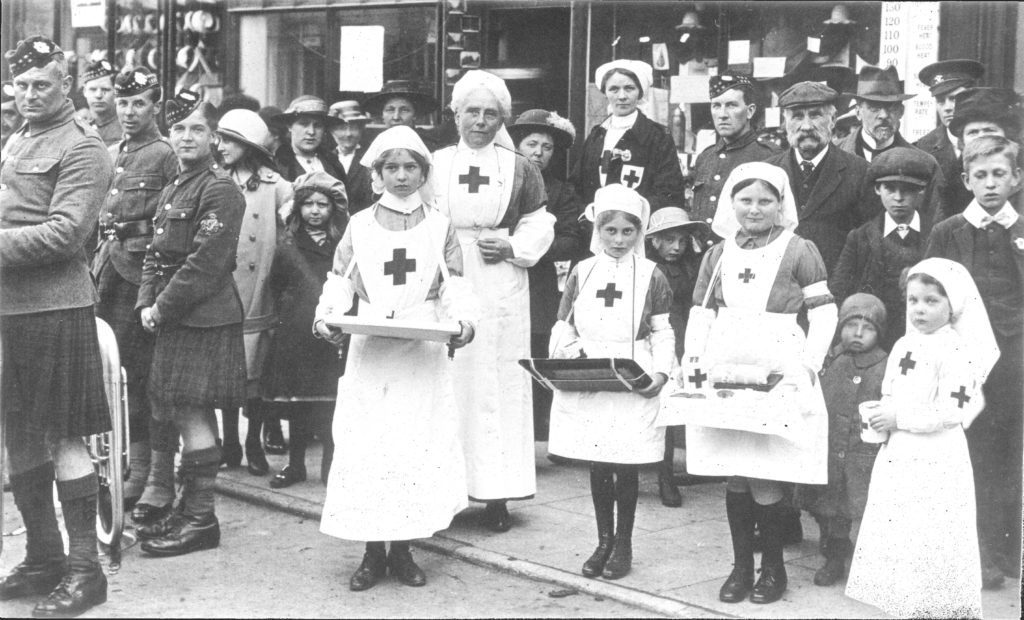 Red Cross ‘Our Day’. The building in the background is now 70 Newland Street, then Afford’s shop. On the left of the photo are bandsmen of the 2/9th (Highlanders) Bn, Royal Scots. Of the five people in white VAD nurses’ uniform with red cross, the one extreme right is not known. The others, left to right, are Ursula Galpin (daughter of the vicar, Canon Francis Galpin), Miss Susannah Vaux (lived at 22 Newland Street, helped to organise the day and 100 lb of marmalade made by herself), Joan Howlett (daughter of Linley Howlett, organist at All Saints Church, lived at Colne House, 19 Guithavon Street), and Marjorie Brown (daughter of Percy Brown of Collingwood House, Collingwood Road, later Mrs Coleman). The man with a moustache right of the latter may be Mr Turner. The building behind is 70 Newland Street (then Afford’s shop). See the link for the newspaper report. Also see M186. Thre is a report of the event in the Essex County Chronicle, 5 May 1916.