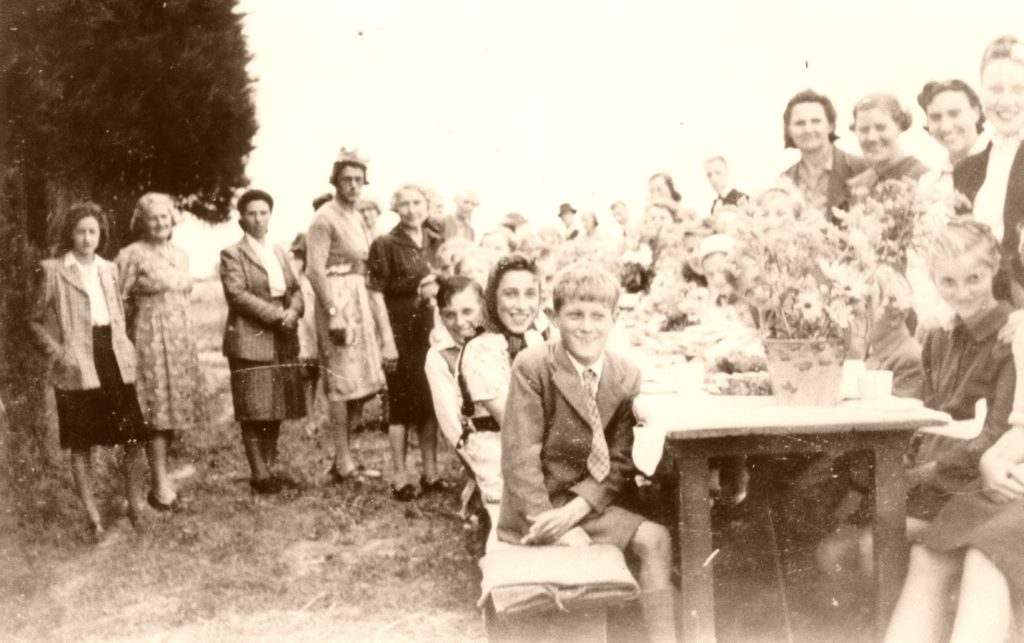 A VE day party to celebrate the end of the Second World War in Europe, 8 May 1945. This one was for the residents of Cross Road and Rickstones Road, in Little Elms farmyard (now the Little Elms public house). A dance was held in the evening. See also M716, M2309. Names given by Peter Spall are: Standing on left: Mrs Bell (third from left) Fred Spall (fourth from left, dressed as a woman, Peter’s father). Sitting to left of table: Alec Dakin (in front, had bad arm from polio or something), Peter Spall (to left of AD, dressed as girl, with head scarf), Paul Horsley (to left of PS, looking over his shoulder). Sitting right of table: Doreen Malyon (‘Doodsey’, extreme right). Standing to right of table: Evelyn Baxter (extreme right, only half on the picture), Mrs Harris (2nd from right), Mrs Stoneham (3rd from right, of Rickstones Road). Fourth from right unknown. Stanley Spall (aged about 16, fifth from right, with bow tie, as waiter).