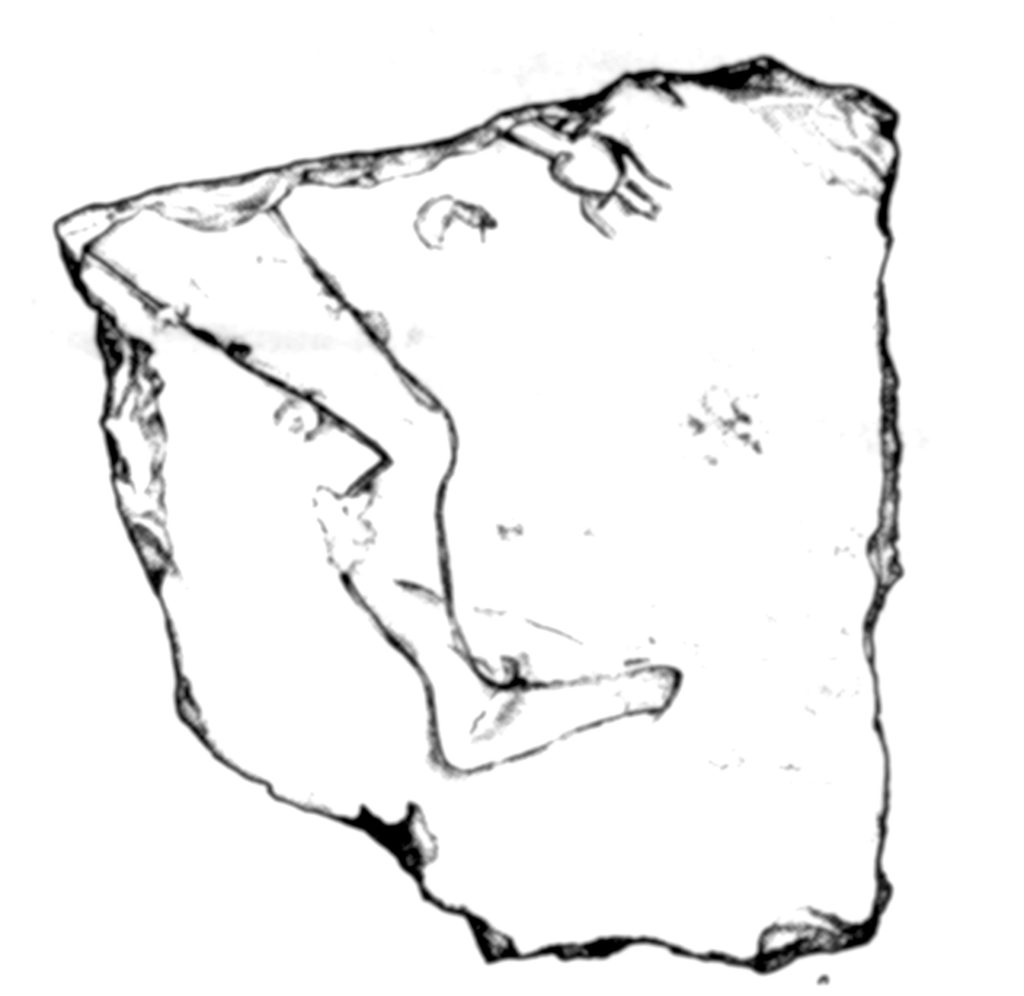 Roman doodle on tile, showing leg. The article accompanying the picture says ‘More of Roman Witham comes to light. The south side of modern Witham has long been known as a focus of Roman and prehistoric settlement … recently, excavation at Maltings Lane has considerably extended our knowledge of Roman activity in the area. There was certainly a Roman farmstead here, with evidence for a well-appointed farmhouse … yet to be excavated and interpretation is based on demolition debris from a natural hollow nearby … [An] unusual find was a piece of Roman tile with a leg stratched onto it. One hand was also visible … The drawing was evidently done by one of the tile makers in an idle moment, before the tile was fired. Graffiti on Roman tiles are fairly common, but most, like this one, are incomplete …’