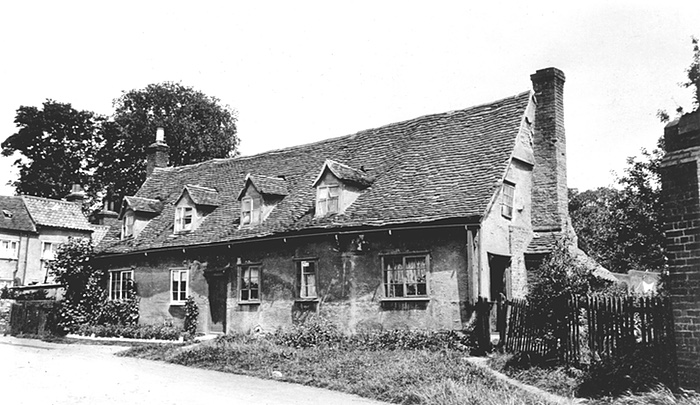 Row of cottages in Mill Lane. Probably on east side, later street numbers 38 onwards, along the road, with houses to the north of them at right angles on the left. Described by the RCHM in 1914 as ‘Cottages, 5 Tenements’.

The original RCHM Record Card for these buildings from 1914, contains rather more about their structure and history. They were Witham Monument 36. I think the cards may now be held by Historic England in Swindon.