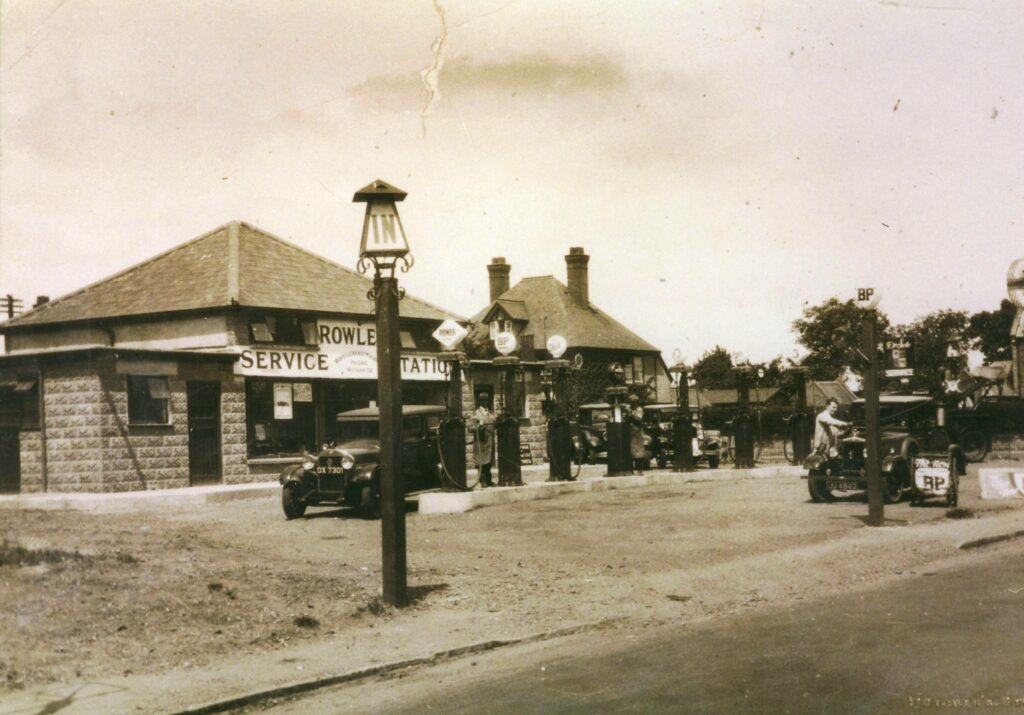 Rowley’s service station. Large, with cars.
I am not exactly sure where this is. Which is surprising, considering that Rowley’s was a large and versatile establishment. I think the most likely site is Maldon Road, as in the directory entries below (it’s interesting that there seems to be ‘WITHAM RD’ on a small sign).   So, in the 1929 directory gives them at both Newland Street and at Maldon Road, i.e. ‘Rowleys Garages, motor, electrical & general engineers; motor car agents; Daimler hire service; garage; official repairers to A.A. & R.A.C. High street & (works) Maldon road. T N 32′.
But by 1933, they had left the Newland Street premises, i.e. ‘Grove Hall Cafe & Service Station (late Rowleys)… T N 32’. This was in the group of garages etc between The Avenue and Avenue Road, near the Grove. There was a meeting room known as Rowley’s Rooms there.
In 1937 they were still had the Maldon Road premises, i.e. ‘Rowleys (Witham) Ltd. motor car agents & dealers, motor engineers, & garage, & motor haulage contractors & electrical engineers, Maldon road. T N 32.’