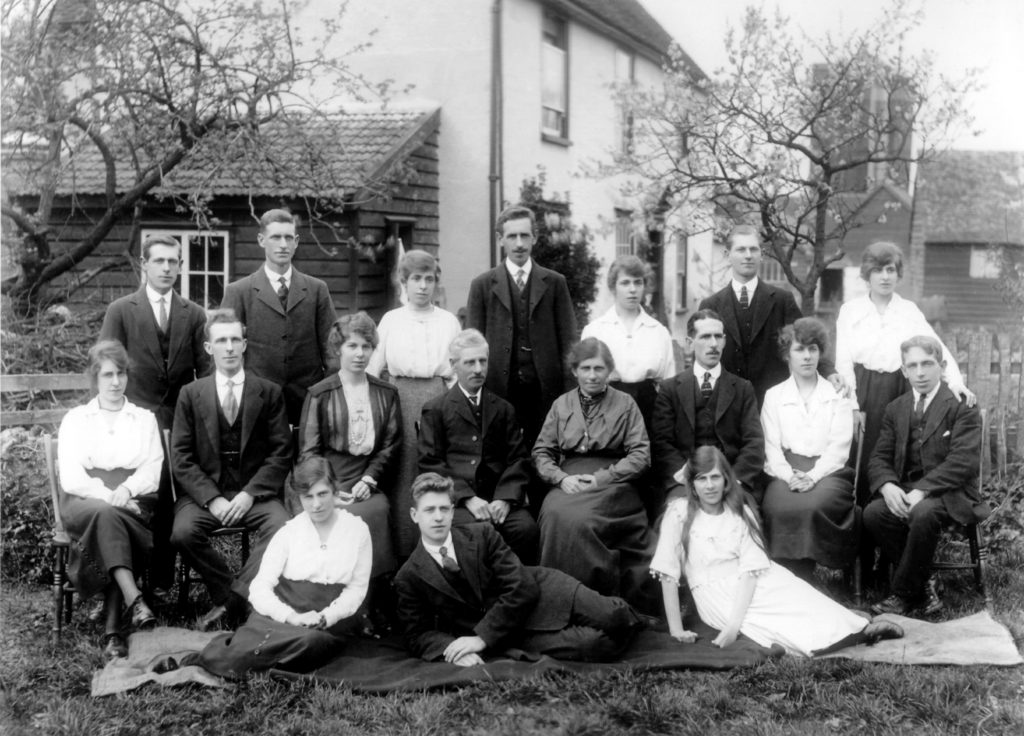 The Royce family. Location unknown. Appears to be a church behind. Said to be Witham or Terling and the only time the parents and sixteen children got together. Back row, standing, left to right, Frederick John, Robert, Ivy Louise (twin of Olive), Steve, Olive (twin of Ivy Louise), Joseph, Florence Pretoria (known as Peg, she married Tidmarsh). Middle row, seated, Gertrude Ann (known as Ann), Arthur, Theodora Amy (known as Amy, married Smith; mother of Mr R Smith to whom the photo belongs), Frederick (father), Eliza (mother), William, Emily (married Quincey), Sidney. Front, lying on ground, Ella May (known as Val, married Warren), Frank, Nellie (known as Nattie, married Styles). Mrs Mulvaney said that ‘quite a few of them disliked their given names and decided to be known by other names when they grew up but I think they were generally known by the names I have listed’.