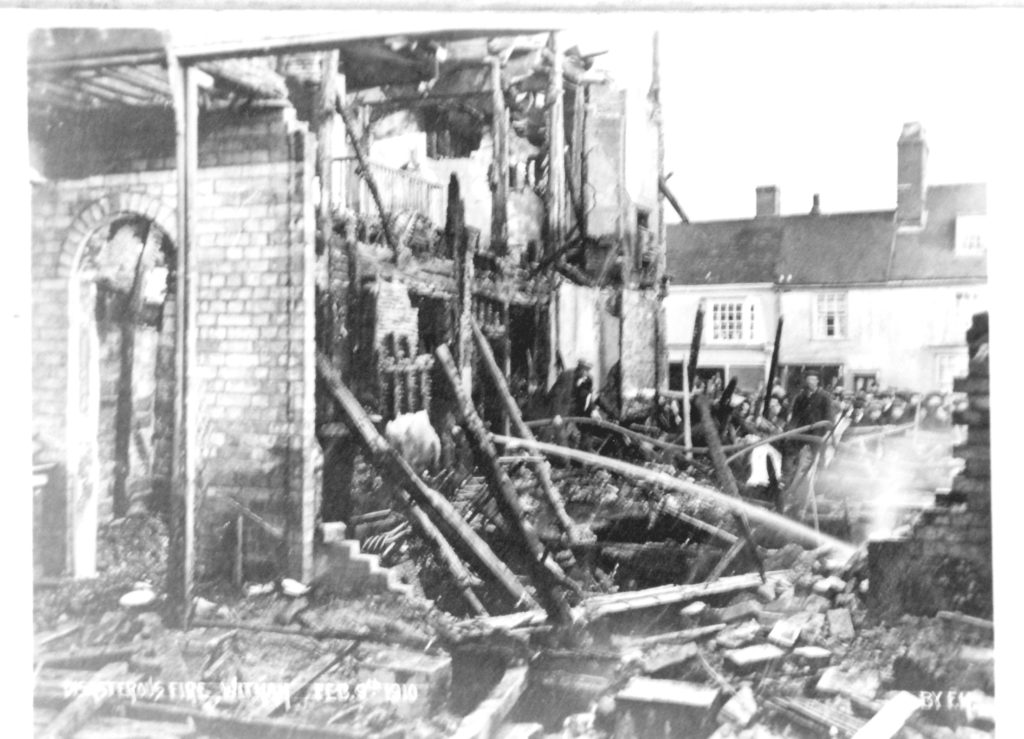 The scene after the Constitutional Club fire in 1910, from the back.

On the left, 88 Newland Street, in ruins.