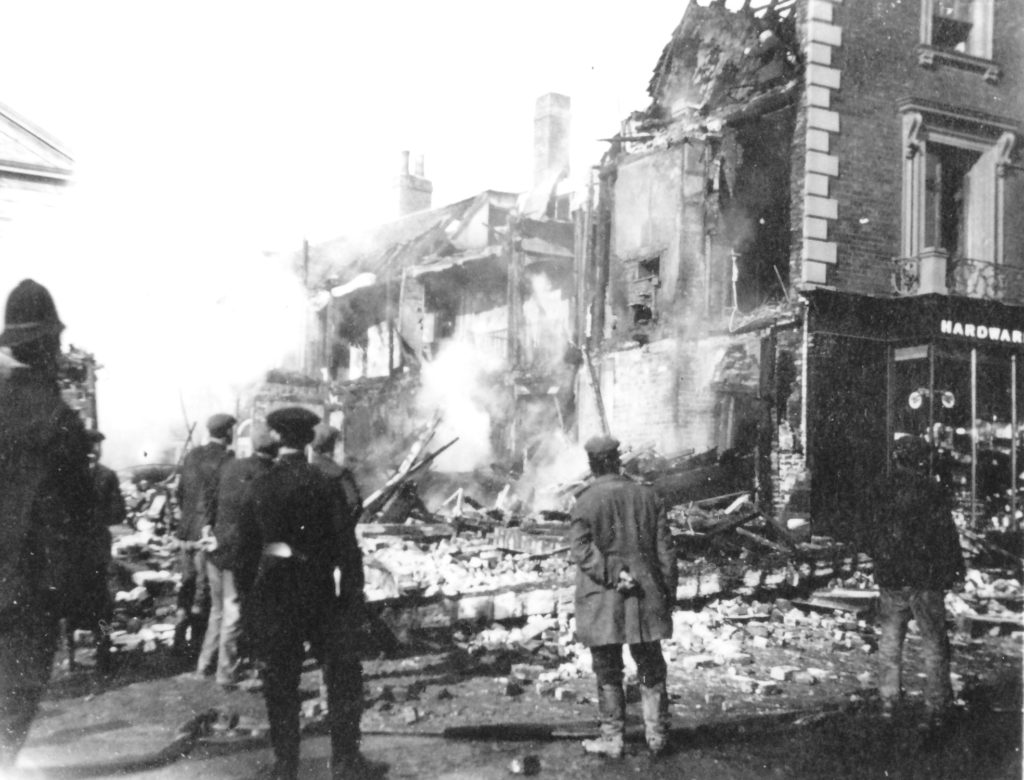 The scene after the Constitutional Club fire in 1910, from Newland Street, still smouldering, with a policemen.

Includes on the left, a small part of the Congregational church (later United Reformed Church). On the right, 88 Newland Street, in ruins (Beard’s hardware).