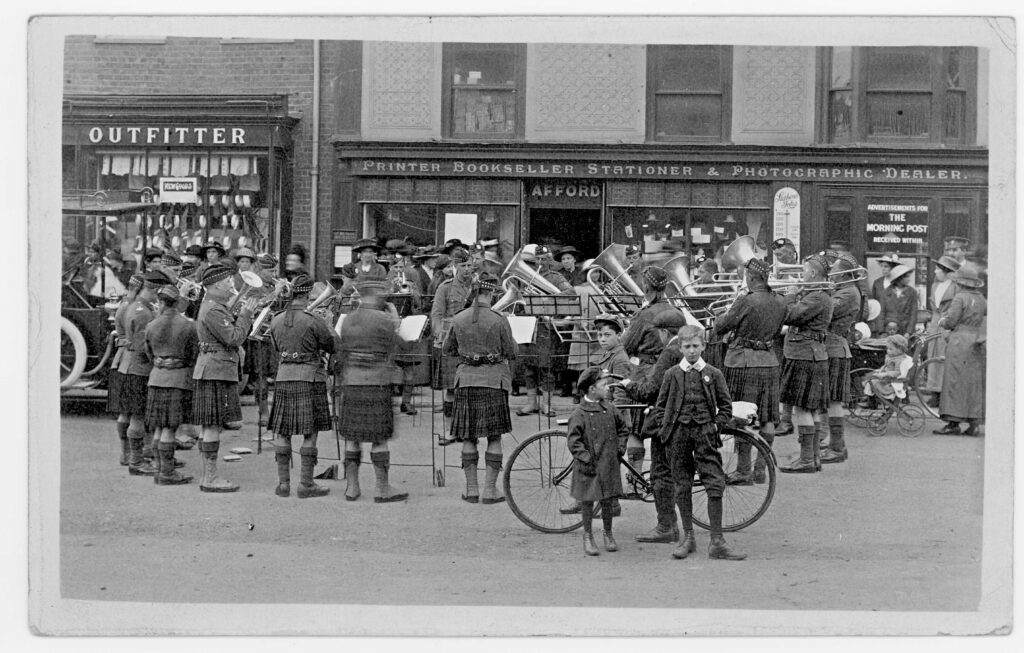 Scots soldiers’ band in Newland Street, during First World War. They were billeted here for training. They are wearing kilts and caps, and playing a variety of musical instruments. Three young boys and bicycle in front, women and toddler on right.
In the background, left to right, part of 72 Newland Street (‘outfitter’), and most of 70 Newland Street (Afford, ‘printer, bookseller, stationer and photographic dealer’).  Postmark ‘Army Post Office 19 Ju 16’. Addressed to Mr L Williams, 26 Sewerby St., Moss Side, Manchester. Message reads ‘June 14/16. D Coy 2/4 R.S. Terling camp, nr Witham, Essex. Dear Leo & others, Have been under canvas for a couple of weeks now & am enjoying it fine. I have passed for duty abroad to have a chance to do my bit. The band on the other side are camped next to us. Trusting all is well with you all. I remain your son Arthur’.