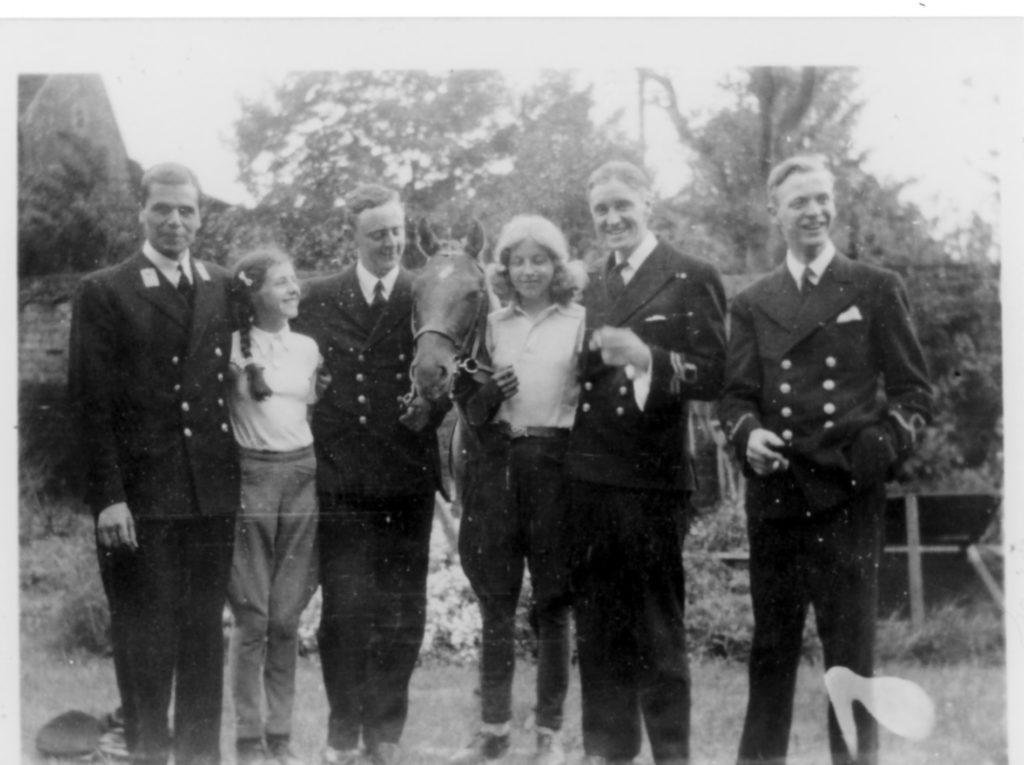 Second-world war navy officers visiting Witham, with Maureen Turner (left, later Mrs Walford) and June Osborne (right). The men came from a corvette, HMS Chelmer, based at Harwich, which Witham had adopted. Mrs Nell Turner (Maureen’s mother) was one of the prime movers. The men included Nicki who was in the Greek navy, and on the right is Sub-lieutenant Allan Attwood. Possibly in the Turner’s garden behind 54 Newland Street.