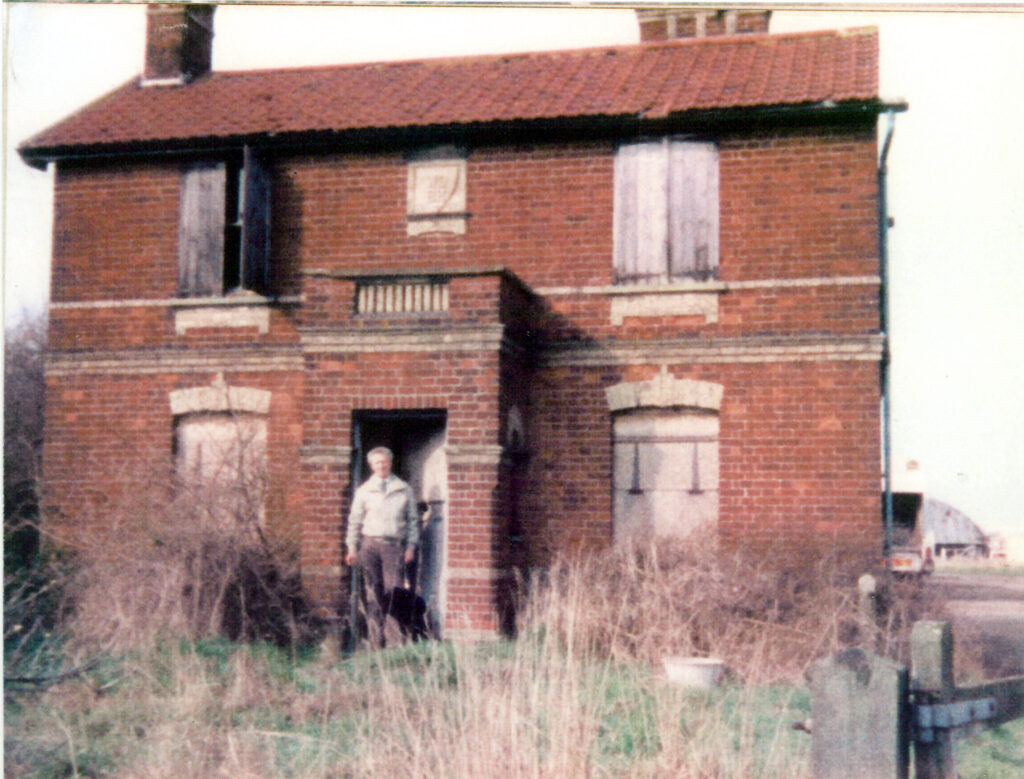 The Sewage farm house, from the front, with Cyril Hammond. He was born there in about 1929, being the grandson of Robert, and son of Harold Arthur, who were successive Sewage works foreman. Not long afterwards the family left this house where they had lived and worked for many years. Their services were no longer needed because the Sewage works had been automated. The house was In Blackwater Lane, immediately east of the Witham to Maldon railway line.