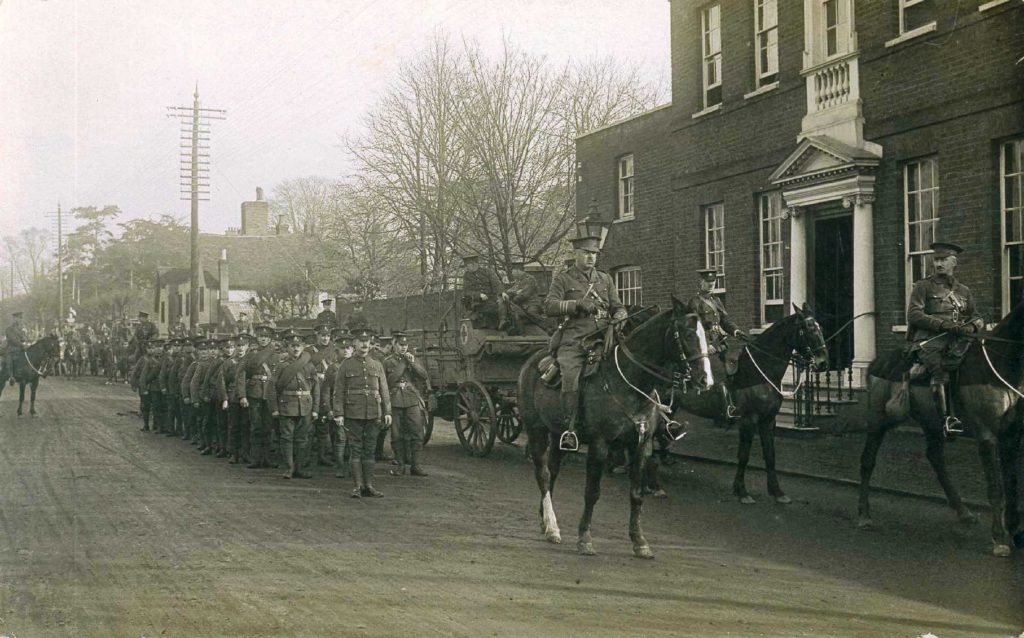 Soldiers during First World War. Royal Warwickshire Regiment, including Royal Army Medical Co in front with rolled blankets, probably one of the 2nd South Midland Divisional Field Ambulance units (information from Ian Hook, formerly of Essex Regiment Museum). Includes waggon with red cross sign on it. Marching in Newland Street.
The building behind on left behind the telegraph pole is 3 Newland Street (Freebornes farm). The building behind on the right is 5 Newland Street (High House). Probably the same occasion as M1898 and M1899, which came with it, and as M2190 and M2191, in which case it is the 2nd/7th Warwicks, who were in Witham March 1915 to March 1916.
See the post headed “First World War. Territorial Soldiers …”, for detailed information about these soldiers by Ian Hook, formerly curator of the Essex Regiment Museum.