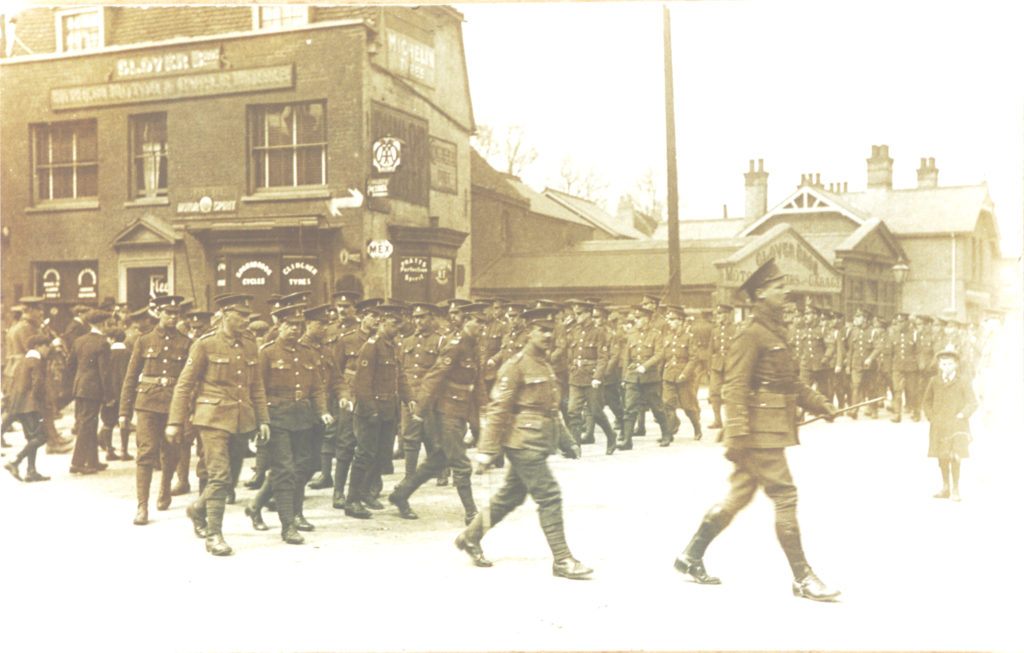 I didn’t find a newspaper report about the parade, but see Essex County Chronicle, 2 April 1915, re. the visit of Lord Mayor of Birmingham to RAMC Midland Division in Witham, where his son was a lieutenant.

Another copy is M453. Probably the same occasion as photo M457.