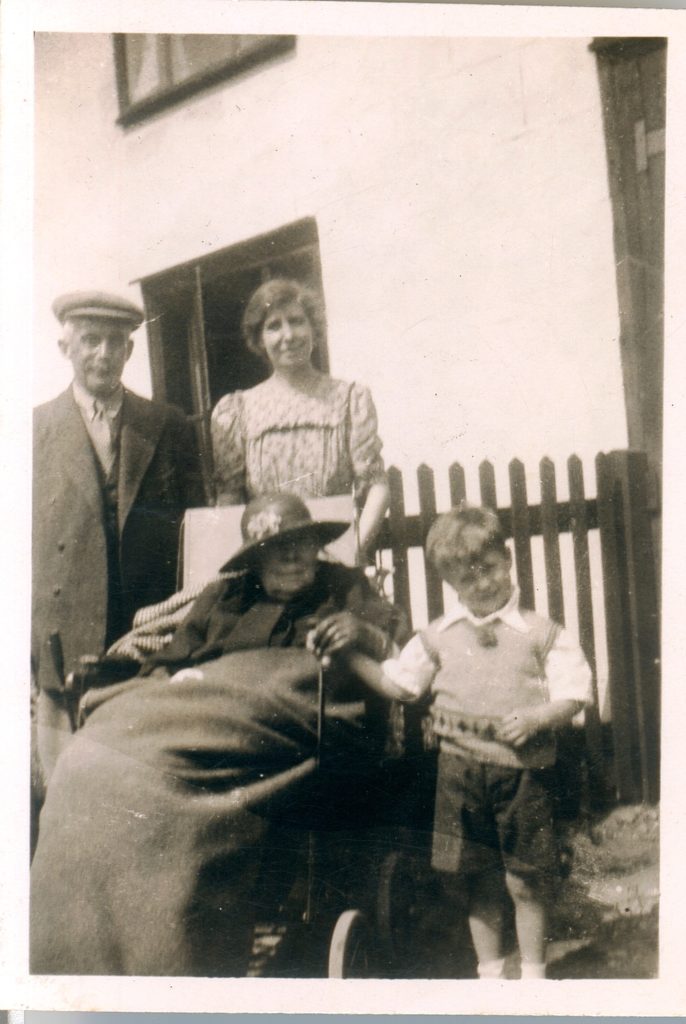 Some of the Baldwin family at house in yard behind 67 Newland Street. Mrs Fanny Baldwin in wheelchair (she had a stroke and was immobilised c 15 years; she died late 1940s). Albert Baldwin (thatcher) her husband on left. Evelyn Shelley (nee Baldwin) their daughter behind; it was her house, as her husband Arthur Shelley worked for Palmer the baker at no. 67 Newland Street (Mr Palmer perhaps lived on the other side of the yard, to the left). Little boy on right is Michael, their grandson, Jack’s eldest son (now in Devon). To get to the house you went into the yard between 67 and 83 Newland Street (Newland Place, brush yard), and it was on your left, after you passed the wall which is shown on the right of photo M1770.