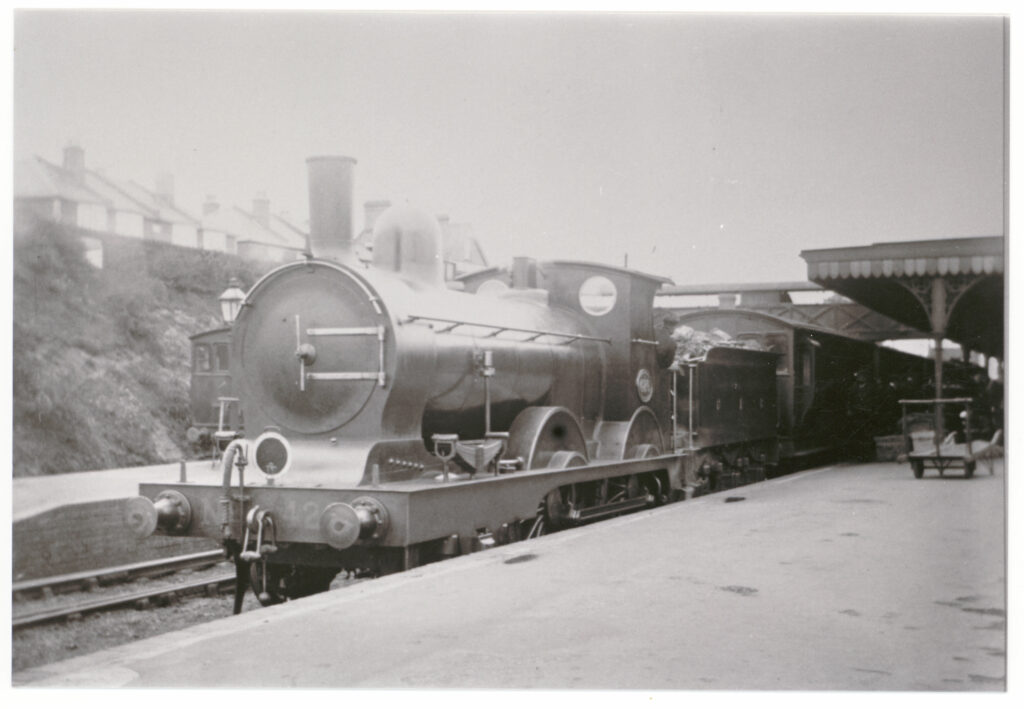 A Great Eastern locomotive in the station. According to John Newman, this was the Maldon train. Before the crash of the Cromer Express in 1905, the Maldon trains like this one had to use the main line when they were in the station, there was no separate line .
Behind are houses at the beginning of Albert Road, including no 9 (tall, behind the loco, Temperance Hotel), numbers 5-8 Albert Road to the left of it, built c 1887.