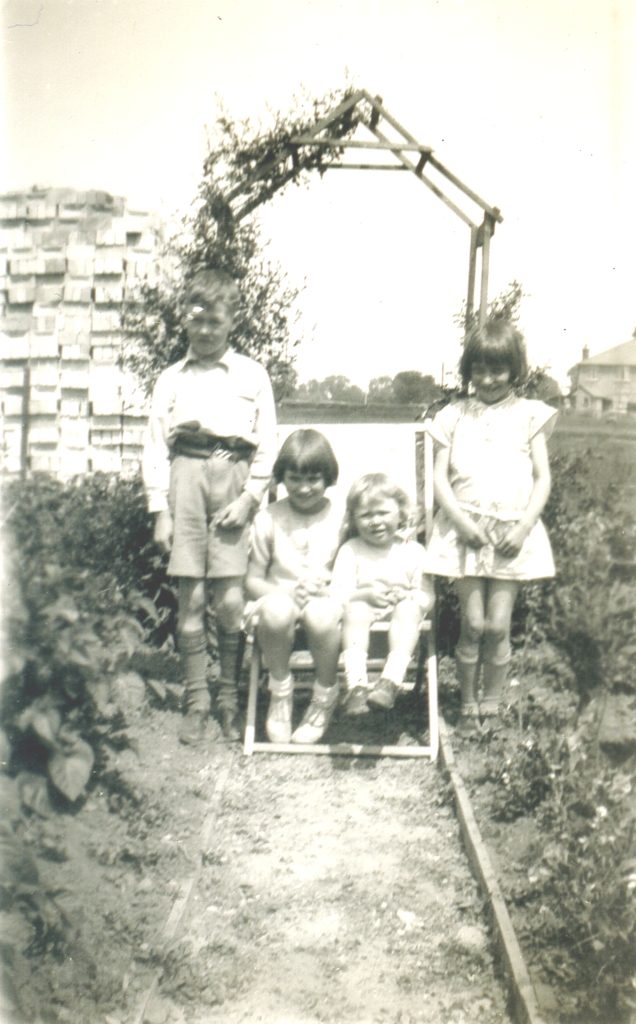 Children in a garden at the Rices’ house, 56 Cressing Road, with bricks for building Cross Road behind. The space to the left of the house was known as ‘The Gap’ until Cross Road was built. There used to be gospel meetings in it on Sunday afternoons. Left to right, Lionel Stoneham, Sheila Stoneham, Alan Stoneham and Barbara Rice. The Rices went from Bridge Street to 101 Cressing Road house c. 1924 when it was new and Barbara was 3 1/2, and then to this one. The Stonehams were at 99 Cressing Road, i.e. next to the Rice’s first house.Their father was Robert Stoneham; his mother was a Mecklenburgh like Barbara’s grandmother.