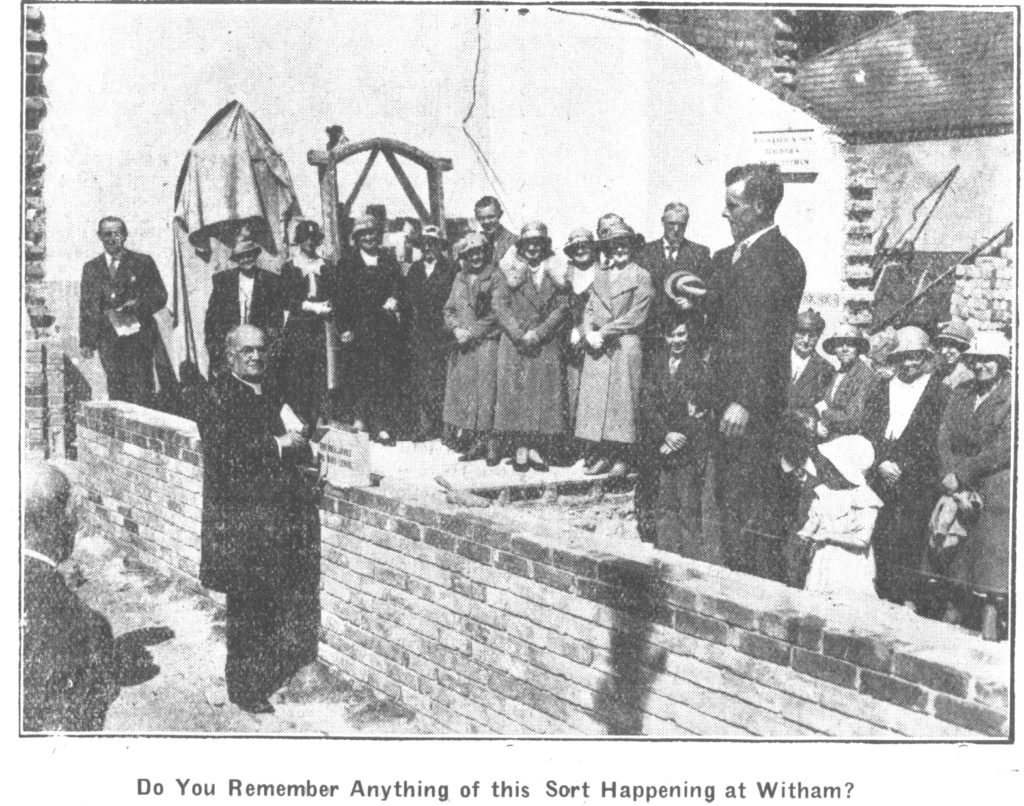 Stonelaying ceremony for new Methodist schoolroom, behind the then church in Guithavon Street (now it is all a hall). The report on the ceremony said ‘it is doubtful if the movement in Witham has ever had such a day since the church was erected’. Joseph Rank, the miller had given £50 and ‘the Rev Lewis remarked on the fact that Mr Joseph Rank who had so nobly supported Methodism, had for once in his life allowed his name to go on a stone. It was a most unusual happening and it was doubtful if Mr Rank’s name could be found on any other foundation stone in connection with the Methodist Church’. The minister shown on the left may be the Rev James Lewis, superintendent minister of the Chelmsford Methodist circuit, laying the first of the several stones. The building was opened in October 1934. The photo was not reproduced with the report at the time, but appeared later with some photos for the readers to guess; it was entitled then ‘Do You Remember Anything of This Sort Happening in Witham’. I could not find the answer in the newspaper but identified it from other information. My photos P115/17, P174.21A, P201/18-22 show the stones more recently.