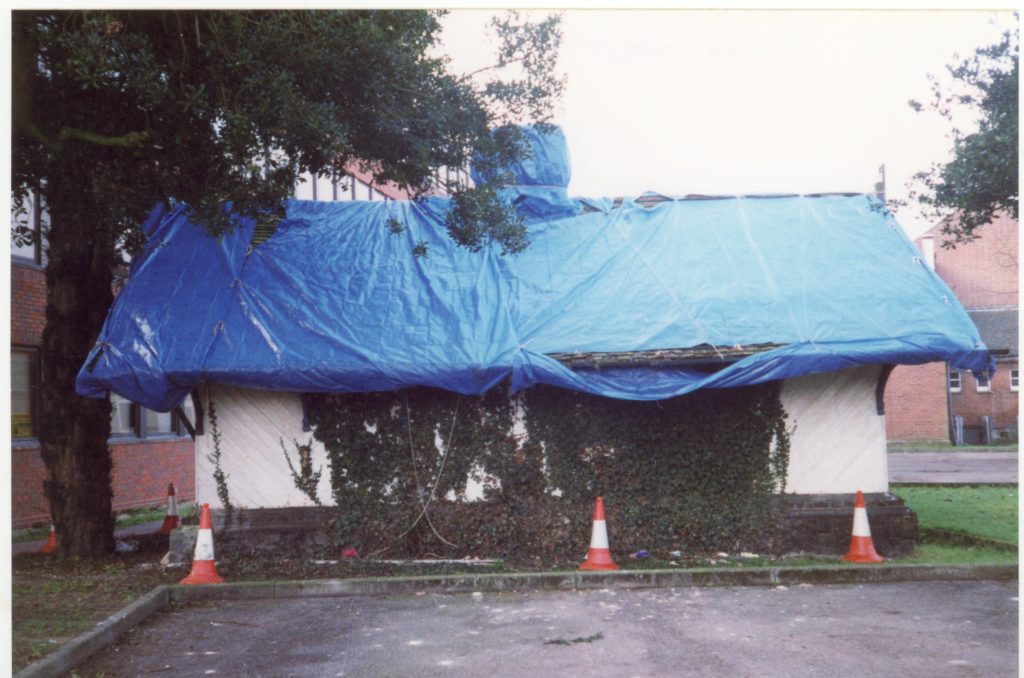 So-called ‘Swiss chalet’ at back of Public Hall in Collingwood Road. Covered in tarpaulin against the weather because of poor condition. Probably originally in garden of house at 8 Collingwood Road or of Whitehall (18 Newland Street), which belonged to the Blood family. The Mens family had the Collingwood Road house after 1904 and they might have had it built.