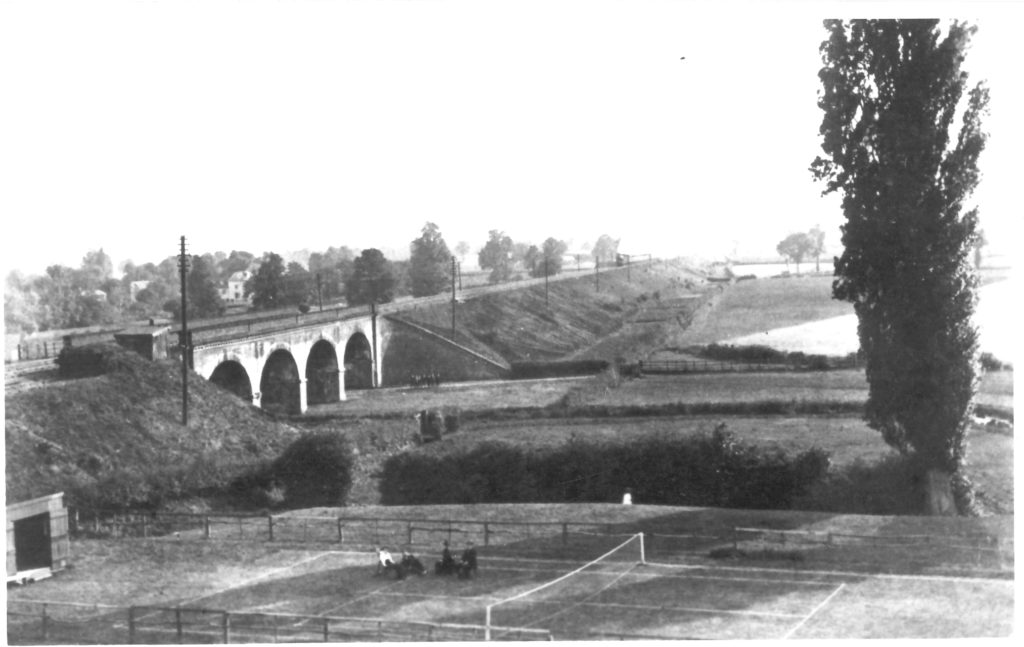 Tennis court and railway viaduct, behind former house at Earlsmead, Chipping Hill, with people. ERO Sale catalogue A321, dated 1929, mentions a ‘well-kept tennis court’ with a summer house at the south-eastern corner of Lot 2; this lot was building land on the east side of Earlsmead itself, which probably later was included in the site of Pinkham’s glove factory.