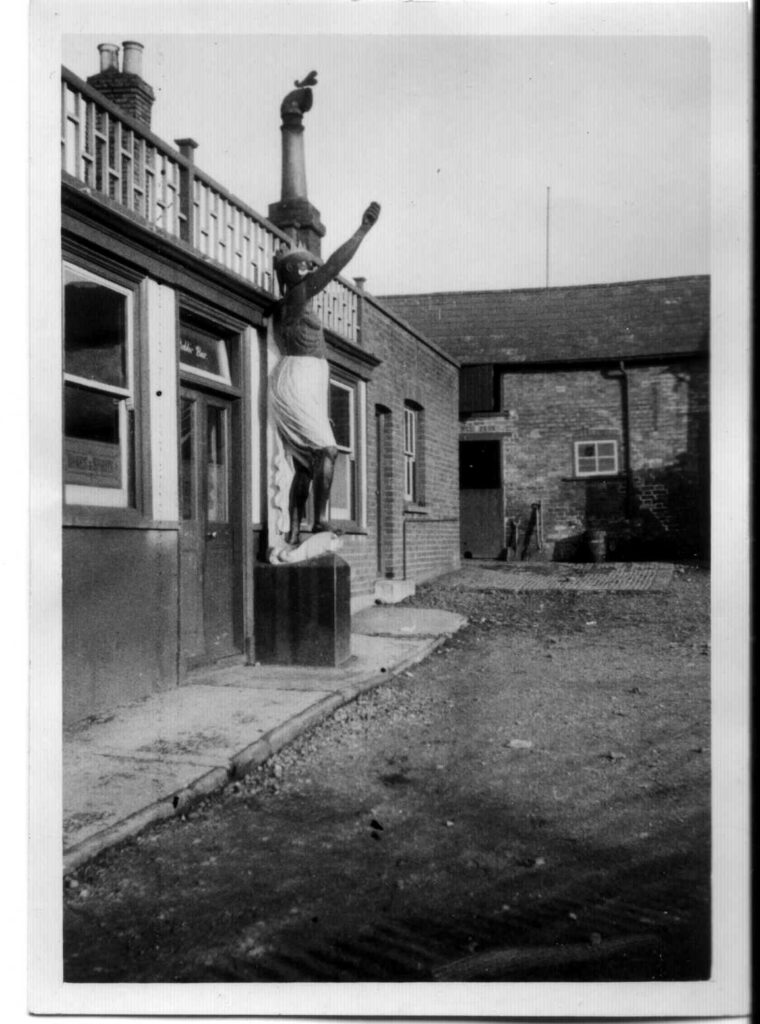 The Albert (2 Chipping Hill), a side view of the front, with the figurehead and some of the outbuildings. The Albert became a pub in 1842 (renamed The Railway after a fire in about 2015).  Standing in front is a ship’s figurehead of an African chief. It was brought from London by innkeeper George Best in the 1870s (some thought it insulted Prince Albert).
The Albert and the Grange (4 Chipping Hill) are on the site where the Knights Templars, and then the Hospitallers, had a chapel and farm buildings till the 1500s.
For more about the Albert, see the Articles category, number 33.