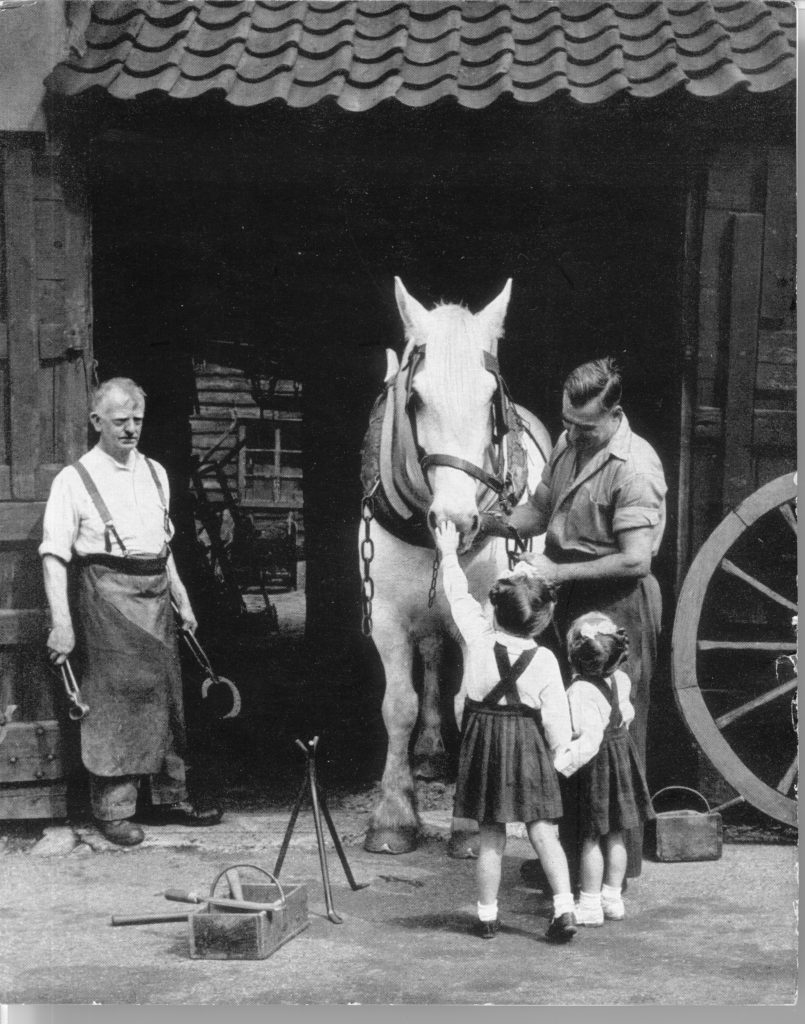 The forge, 18 Chipping Hill. On left, Frank Quy, The two little girls are the McCain sisters, Maureen and Pat (later Mrs Eileen (Pat) Birchnall). Henry’s assistant, Ken Miller, borrowed the girls from the day nursey at Brookcote across the road. They were chosen because they were so nicely dressed in matching tartan. Their hair was braided and tied up especially for the occasion by nursery helper Lettie Upson (later Mrs Dallard). John Tarlton took several similar photos on the same day, which have been widely used since to illustrate ‘Old England’. This copy is from a Christmas card produced for Thomas Cullen and Sons, seed merchants of Witham.