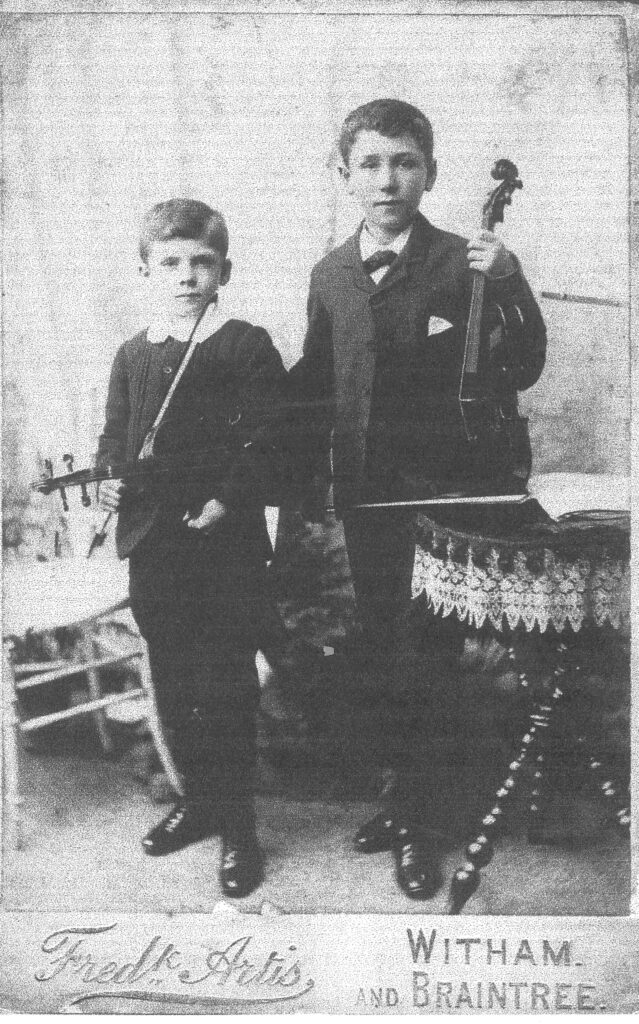 Two boys with violins, from Mr Mann’s school. The older one on the right is William Frederick Olley (born 1881). The younger one on the left is John Edward Olley (Jack, born 1886).   Mrs Smith, owner of the photo, said that “John (Jack) went on to have his own dance band and he also played Amateur Football (as it was in those days) and was capped for England.” “William Frederick eventually became Proprietor of the Pride of the Isle [a charity] on the death of his father.  The school was a boys’ boarding school at what is now 124 Newland. Street. It was founded by William Mann in about 1840. He died in about 1880 and his son Frederick, seen in M3053 and M3111, took over.