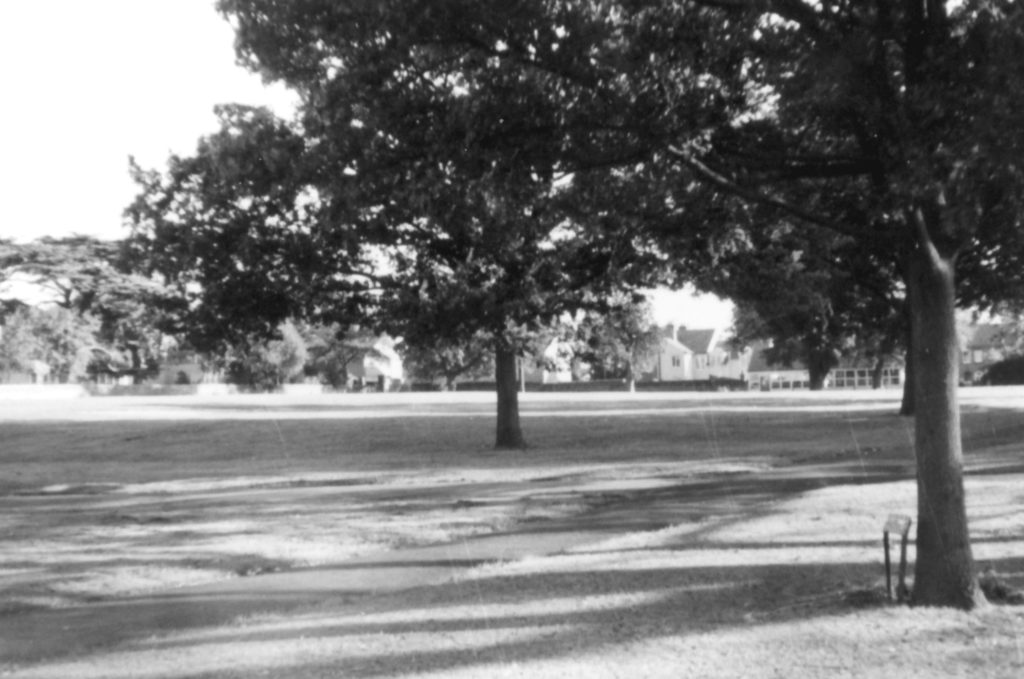 View of the Park (recreation ground), Maldon Road, showing one of the trees planted by the RAF in 1946 after the Second World War, with the plaque. Looking east; also shows the old library in background (single storey).