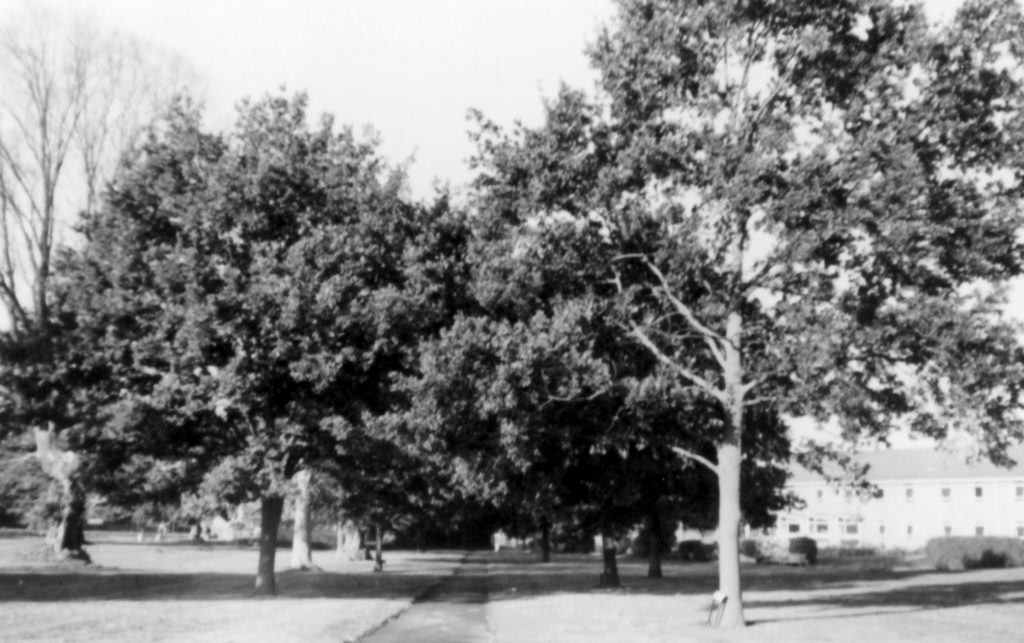 The Park (recreation ground), Maldon Road, showing some of the trees planted by the RAF in 1946 after the Second World War, with plaques, and Park View on the right. Looking north-west towards the Kings Chase entrance.