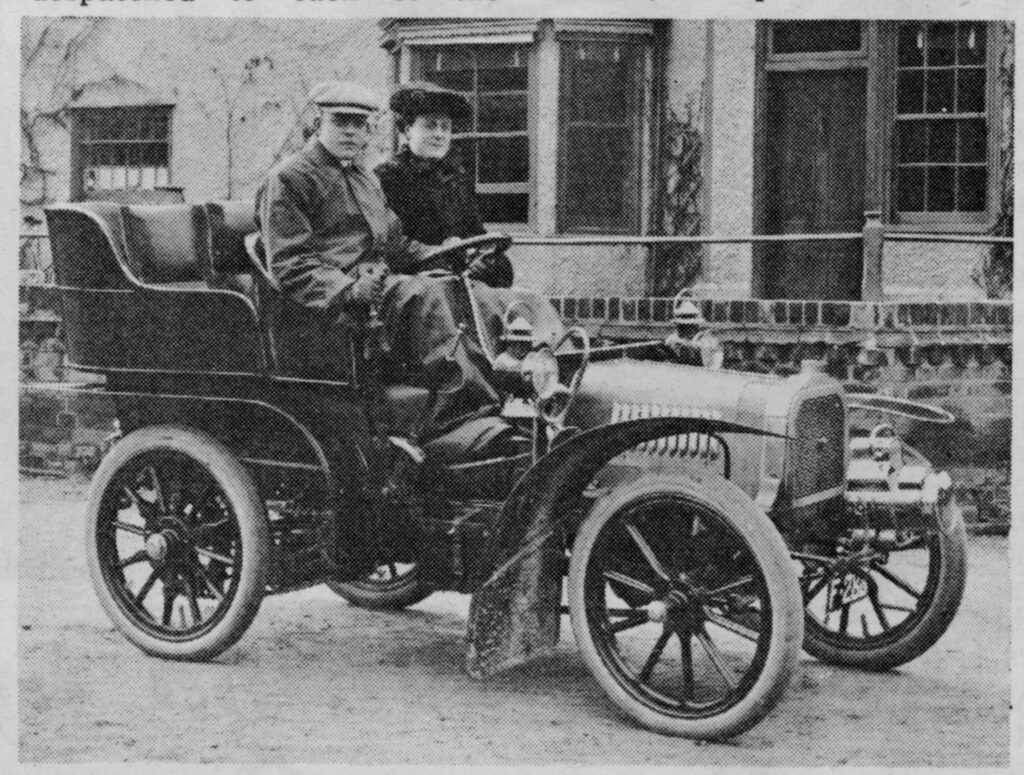 A car belonging to the Wakelins. An account in the newspaper says ‘[Mrs Mary Catherine Brown’s] father was Joseph Wakelin … and her birthplace Freebournes Farm. Our photograph shows her, in the spring of 1904, seated with her brother in a motor-car at the back of Freebournes Cottage [3 Newland Street].  It was in this car, driven by her brother [probably Robert W Wakelin], that in 1905 she became the first woman in Witham to motor to Scotland. … the journey … ended ignominiously when the exhausted vehicle dropped a clutch of ball-bearings somewhere in the streets of Glasgow”
The Wakelins of Freebornes farm and the Browns of Collingwood House (15 Collingwood Road) were prominent farmers and gentry.