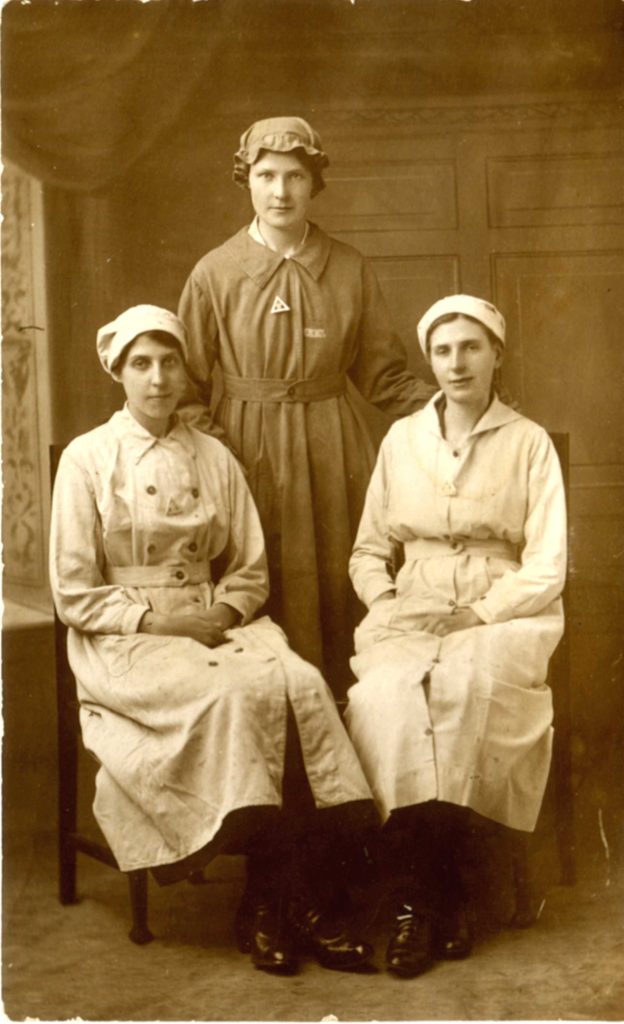 Three Smith sisters. The inscription describes them as ‘Charles’ 3 sisters’ and names them as Ada on the left, Ellie in the centre, and ‘Ted Stoneham’s wife’ on the right (the latter could have been a later description, so she may not have been married then. Ada was Florence Ada Smith of Chalks Road. It is a studio portrait. They have triangular badges which will be ‘On War Service’ badges, with a crown in the middle; it was issued in 1916 in brooch form, specially for women; other badges for this purpose had button-hole fastenings. They are also wearing a uniform, Ellie’s being different from the other two. Ada worked at the station maltings in munitions; Ted’s wife’s uniform is the same as hers.