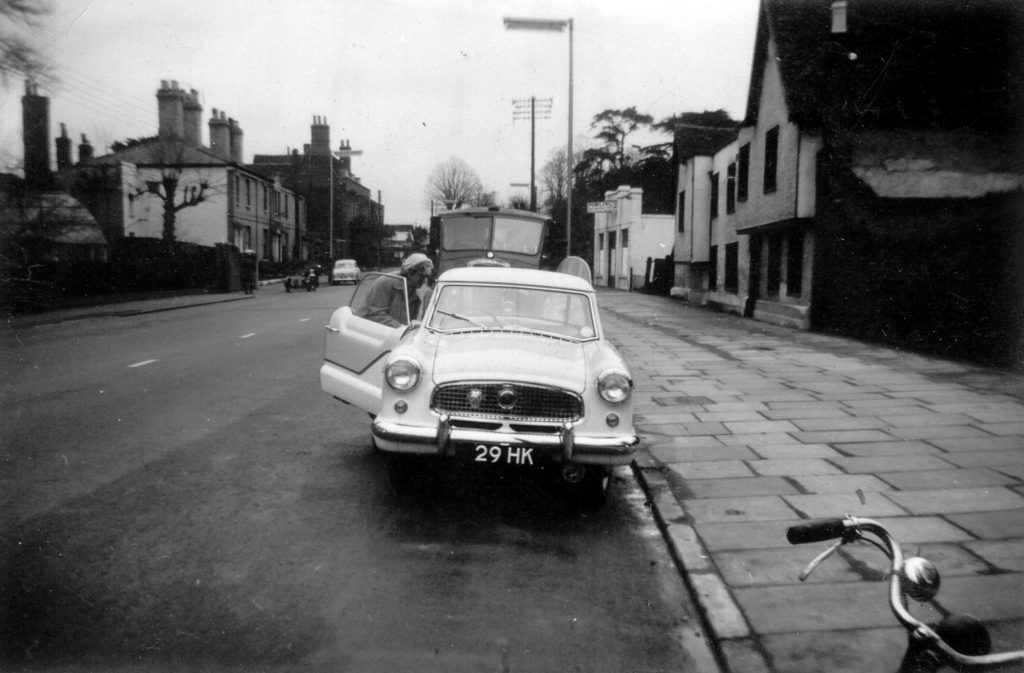 Top of Newland Street with car. It has registration number 29 HK. This was registered on 23 December 1957 to J S Wells, Rickstones, Rivenhall, Witham (agent, Hurrell and Beardwell, Witham)’. It was an Austin private car, chassis 15E/N-H/12917. Info from ERO C/DF 11/279. John Scott-Mason says it was a Nash Metropolitan, made in England for foreign markets. According to www.autoswalk.com, Austin made them in England for the US company Nash, from 1954 onwards, for export to the USA – Austin being best at making small cars. Behind the car is a lorry from Lord Rayleigh’s Dairies. In the foreground is John Scott-Mason’s bicycle. In the background, left hand side, left to right, 12 Newland Street, 10 Newland Street, 8 Newland Street, 6 Newland Street (these four in terrace), Avenue House (4 Newland Street). On the right, left to right, Powling’s egg packing station (white, square), Freebornes farm (with gables).