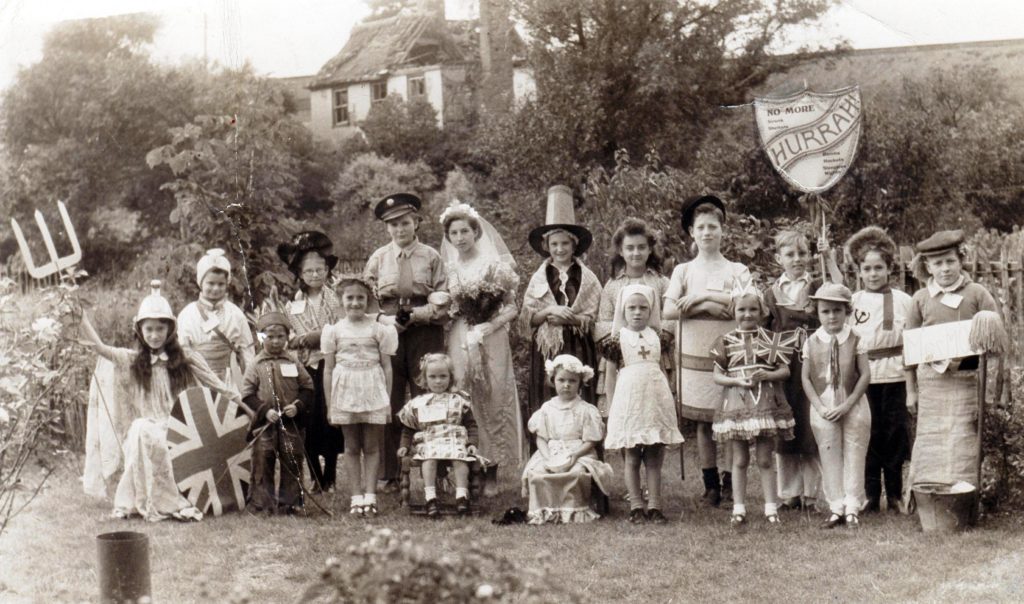 A VE day party for Millbridge Road and Guithavon Road, with many children in fancy dress. It took place in the garden of 13 Millbridge Road. In the background is ‘Bankside’, 20 Highfields Road, where the damage caused by a bomb during the Second World War can be seen, with part of the roof still missing. Mr and Mrs Hodges who lived there were sheltering under a table and were not injured, though all their chickens were killed. Many people went next day to have a look, and found “stuffed birds” everywhere. It seems that Mr Hodges was a taxidermist (perhaps as a hobby). (read on)

Yvonne Stiff (later Mrs Carpenter) was not chosen to be in the photo, and ever afterwards she remembered being told to stand aside !