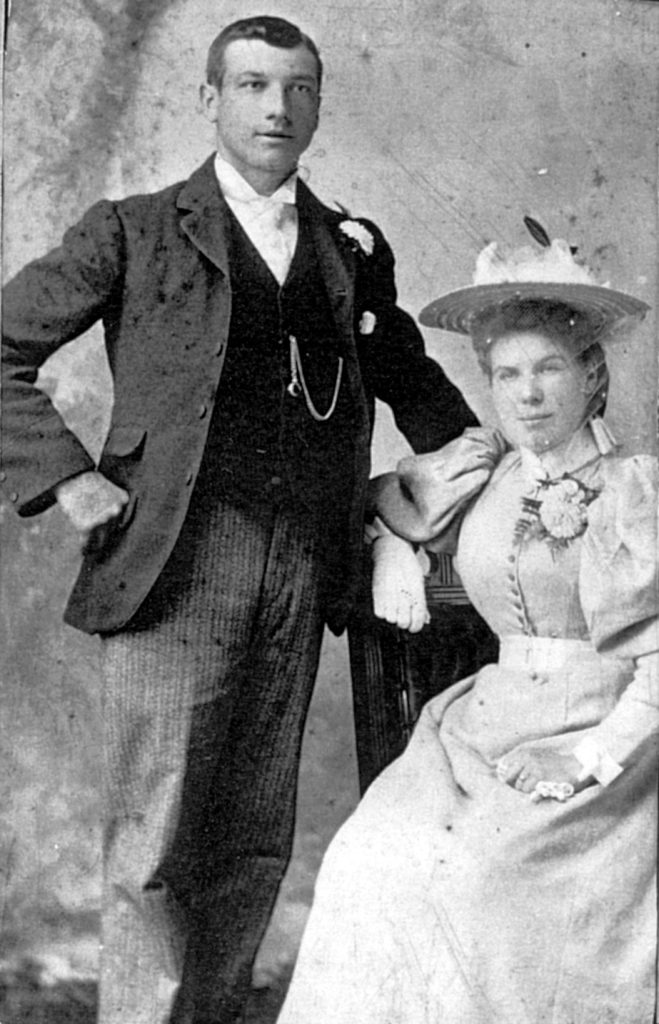 Thomas Ager and Jeannie on their wedding day. Lived in Rivenhall at first and then on Chipping Hill green, probably at the house later no. 26 Chipping Hill and later still incorporated into 30 Chipping Hill. Children were probably Eddy, Arthur, Cecil, Ethel (married Richard Arthur Ashby) and Frank. Jeannie died young at the age of 38 (about 1912) and the others moved to Maldon Road, probably 21 Maldon Road. Information (1) from letter from Mrs Anne Barber in 2002 (on paper files), and (2) from oral history tapes 37, 40 and 41, interviews in 1981 with Cecil Ager (born 1902) and his wife Christina.