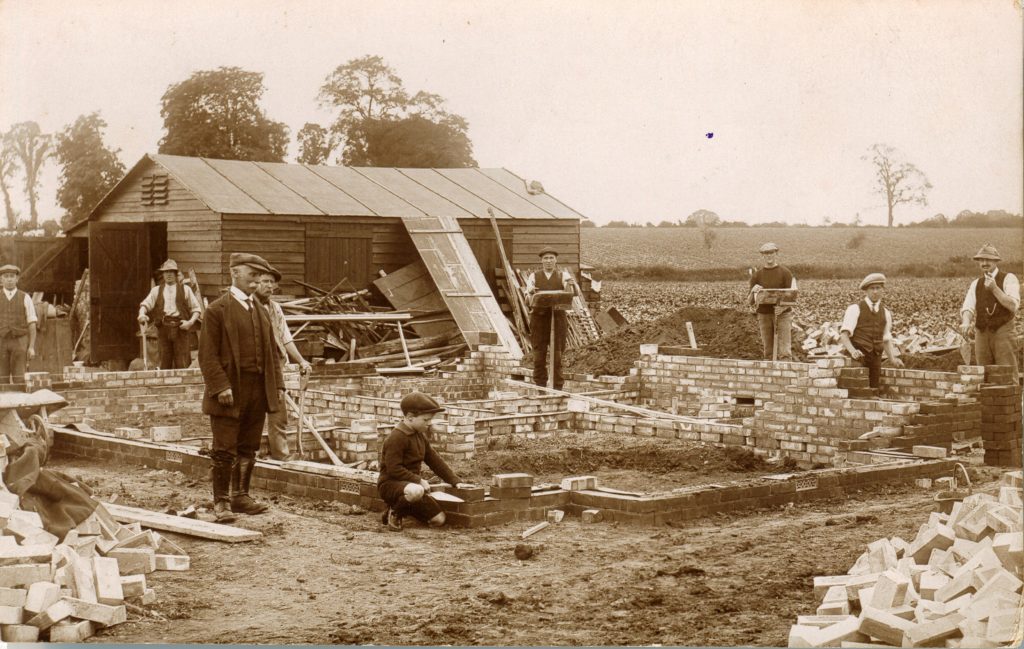 William Corley on a building site, with others. He is the older man front left. He was born in Witham in 1865, son of John Corley, butcher, and Maria (nee Mecklenburgh) of Mill Lane (baptised in Congregational church). He was in West Ham as a bootmaker in 1901 and his children were born there but he came back to Witham and lived in Etheldene in Hatfield Road and in Jackson’s farm in Maltings Lane. His son Arthur George, born in 1899, came to Witham as a builder and undertaker, and it is probably one of his sites that the photo was on. Is ent a copy to Len Corley, son of Arthur George, also as buildir in Witham. He said it is most likely in Hatfield Road near Maltings Lane, and that you can see the line of Maltings Lane at the back. I looked at all the houses along here but couldn’t spot any like it (though one has been demolished). Distinguishing feature of the photo are the corner indent to the right of the little boy (too small an indent to be a door way, and the air brick/ventilators with the three flower patterns on; most such bricks just have rows of holes. So it should be possible to find !