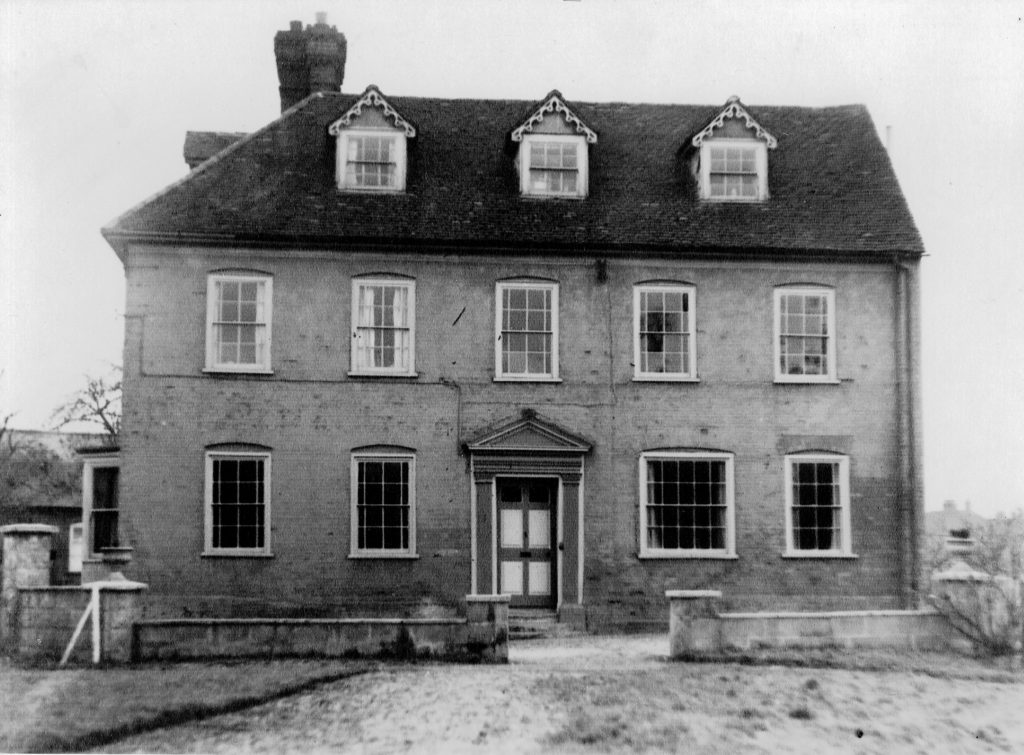 Witham Mill House, Guithavon Valley. From the garden. The mill itself had stood on the right and had been pulled down in 1948. During the Second World War the house had been requisitioned. There are very few trees in the photo; the ones there now, and also on the river walk adjoining, were planted after this date by the owner, Mr Streeter, who lived part of the time in London and part here. He also had the little wall built in the front but it is thought he had to take it down because it was thought unsuitable by the planners. The footpath used to cross from the footbridge on the river over to Guithavon Valley, just in front of the wall. It has since been diverted to further downstream and the bridge moved. The Garsed family lived in a flat in the attics and in the big room on the first floor (3 windows on the right hand side); their son was born at the house. It was called Beaumaris at this time.