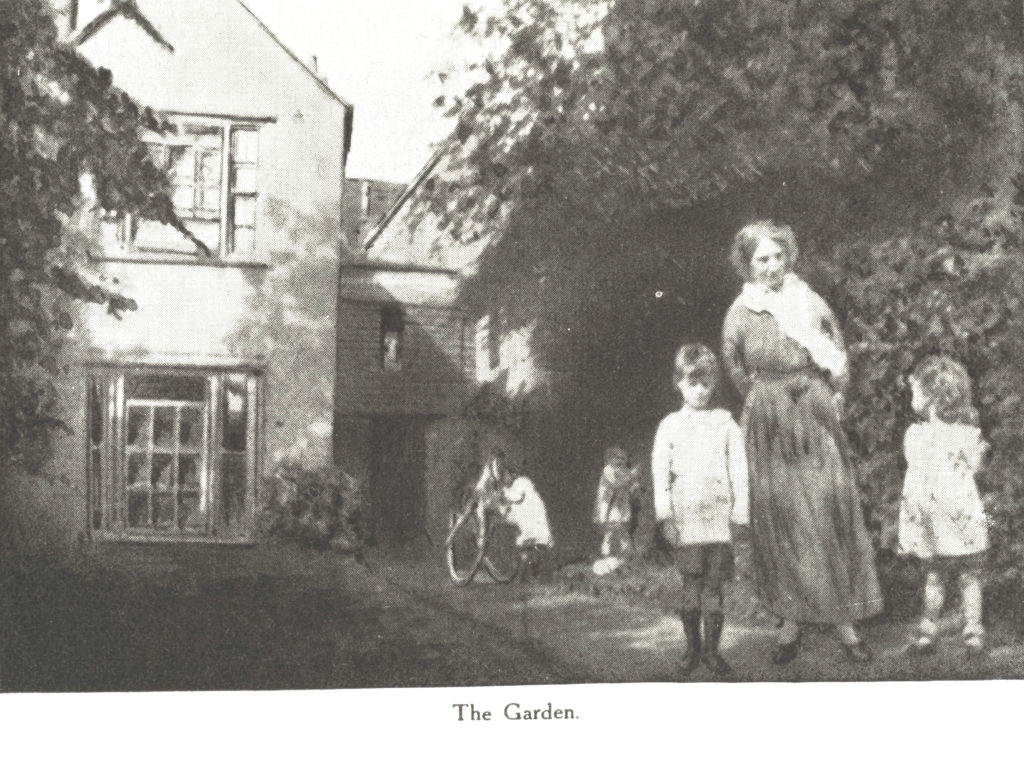 A woman (perhaps Miss Hunt) and children, in the back garden of Horwood House (now 59 Newland Street). It was a children’s home run on Montessori lines for disadvantaged children from London.

The photo is the frontispiece of the book ‘The Unrelated Family’ by A Vera Wright, who helped at the home from June 1918 for a time and wrote the book about it.

Miss Wright doesn’t name the town, but Mrs Peecock, the Bank manager’s wife, very helpfully collected information about Witham, and she referred to the book as having been written here. (ERO T/P 133/26).

I only know of two copies of the book. One is at the British Library (08311.ff.50.). The other used to belong to me, but I gave it to the Essex Record Office in 2006 with five other books.(Ref.14B.01/1) There are almost certainly other copies in existence, which may re-appear one day.