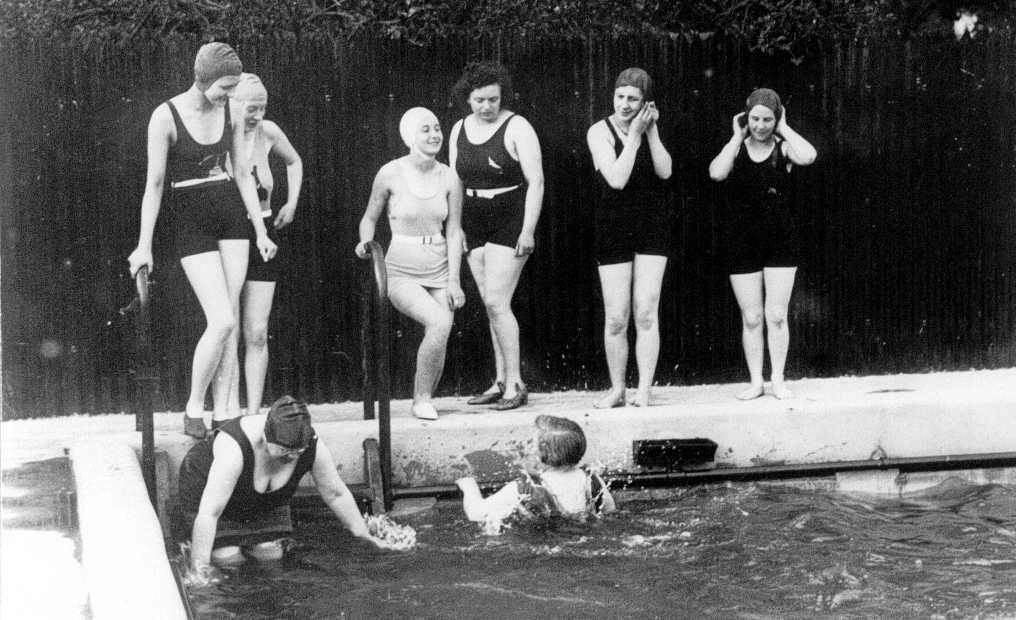 Women in and at the edge of the open-air swimming pool behind the Swan (153-155 Newland Street); it was only open for three years. See M232, M233, M577 for opening etc. Includes Mrs Edith Redman who is in the pool on the left, bending down. She weighed 13 and a half stone and learnt to swim in the pool at the age of 54 and had a Certificate of Merit for swimming a certain number of yards. She was so keen she used to cycle to Maldon to swim in the pool there. Standing on the extreme right may be Betty Claydon, whose father had a cycle shop at the end of Kings Chase (information from Mrs Ann Redman in 2001) but she also looks like the one in photo M2830 that is said by Gordon Ager to be Dolly Ashcroft. Other people may include Mrs Jessie Smith (nee Walker, worked for Crittall’s). Same occasion as M610 and may be same as M2830.