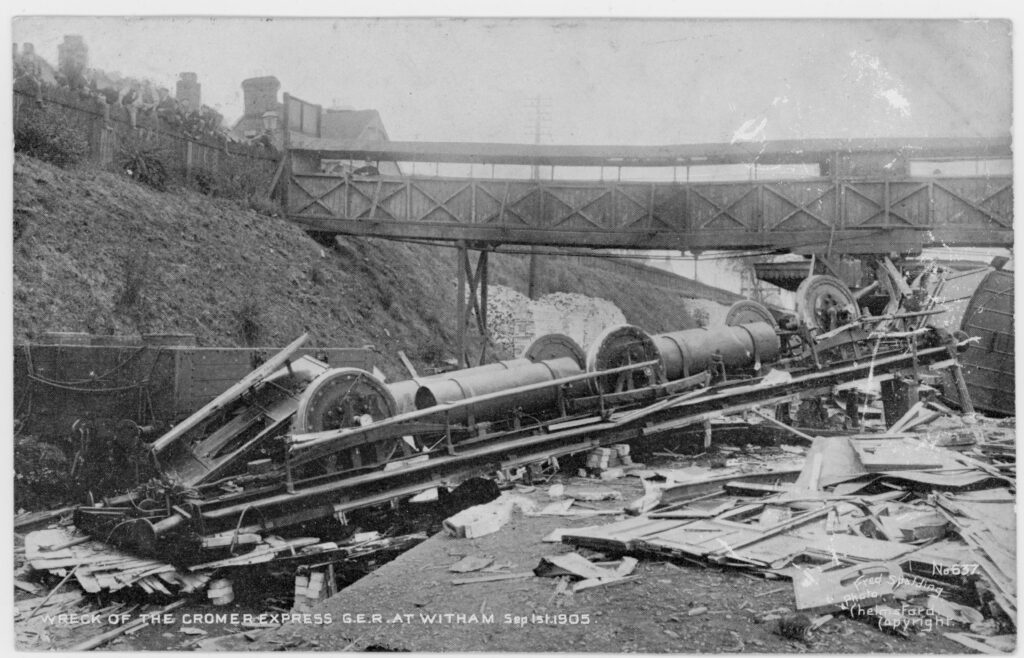 The wreck of the Cromer Express after the crash of 1 September 1905. Shows the Braintree line with the footbridge over, and Albert Road in the background, with probably the Temperance Hotel (9 Albert Road) on the right.   Postmark Chelmsford 8 September 1905. Addressed to ‘Miss Queenie Freeman, Traceys, Stanford Rivers, nr Romford, SX’. Message reads ”I’m sending you one of these as promised – have had a jolly time here today – they’re not as interesting as I at first thought so am sending you but one. E.C [?]’