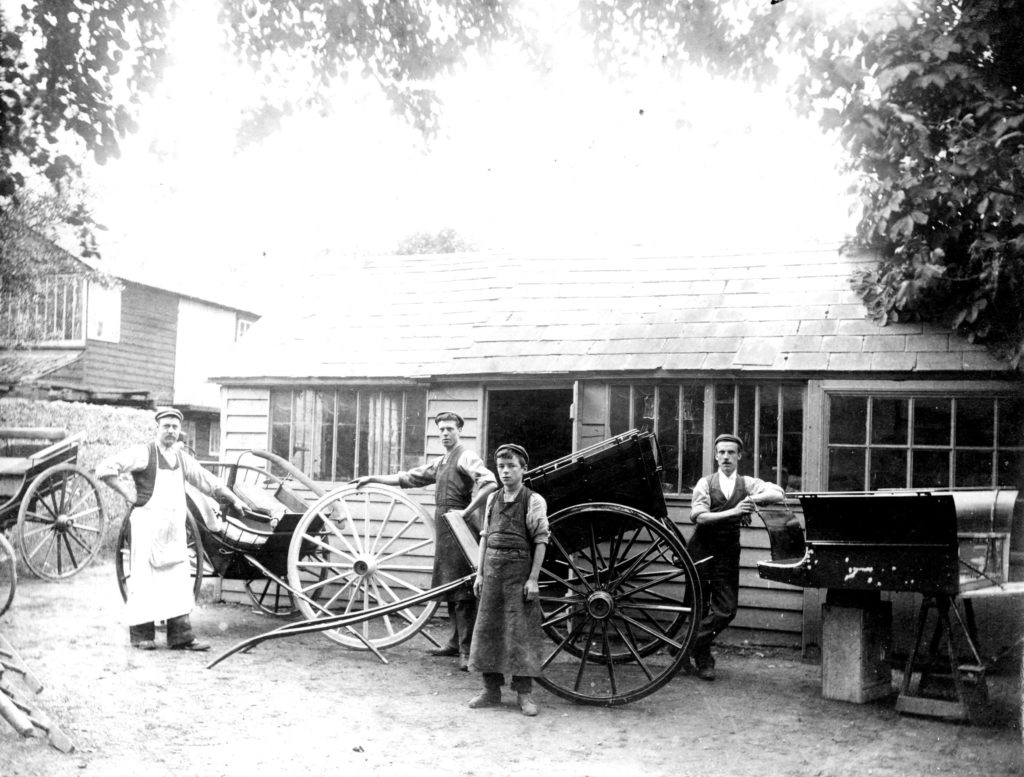 Yard of Arthur Ralph Brown, carriage works, at 97 Newland Street, behind 95 Newland Street. Shows carts and workers and sheds behind. Label says ‘A R Brown, carriage builder, Witham, Essex’. Having lived in Witham c 1875 to 1900 with his mother, he was in Wood Green in 1901 as a foreman and then back in c 1902 to set up his business. There was a fire in 1908 after a stack of straw was set alight (there is a stack on left of the photo). He lost his money and probably worked for someone else after that. The exact location of this shed in the yard has not yet been identified despite looking at the site, and research in OS maps and in the building plans at ERO (D/UWi Pb 1).