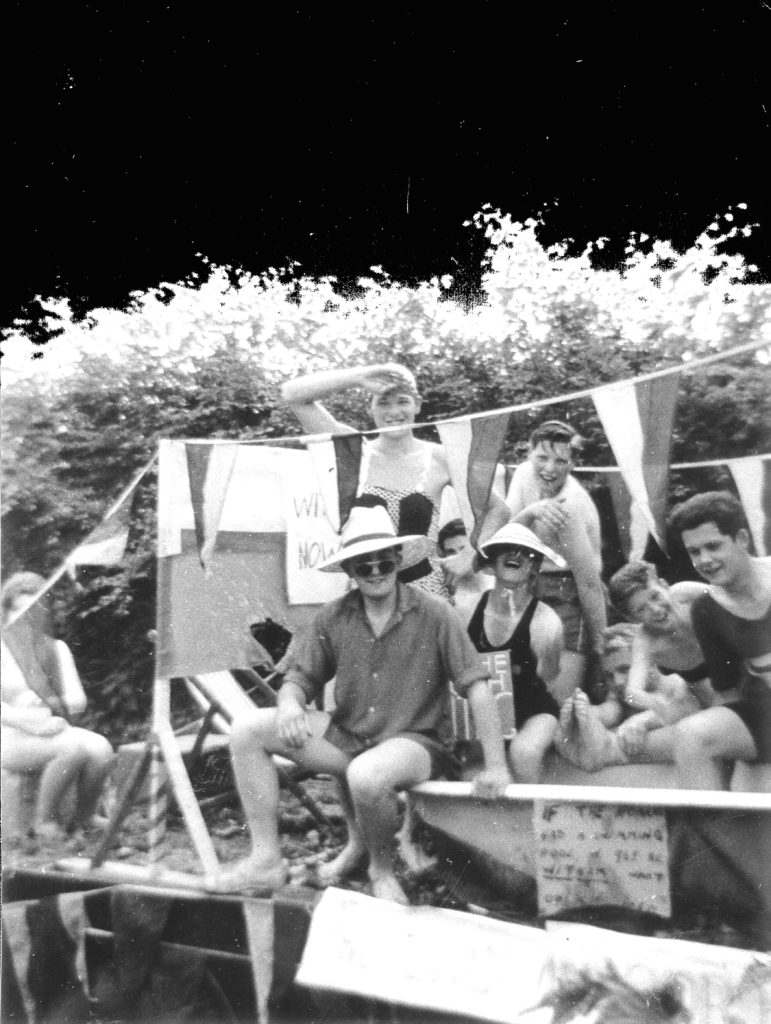 Carnival float. Members of youth centre held at Bramston School. Representing a campaign for a swimming pool in Witham; they are in a bath. Behind in the centre, saluting, is Ron Leatherdale. To right of him between two flags, Ken Leatherdale. Front centre with hat and dark glasses, possibly Richard Williams. To right of him with coolie hat and dark swimsuit is Pete Brannan, then of 22 Glebe Crescent. To right of him, low down, peeping through is Carl Minton, then of 24 Glebe Crescent. To his right leaning over, not known. Extreme right with thick hair, Geoff King (now with own electric business at 8 Church Street).
It was an eventful Carnival with a band missing, a late Queen, and a helicopter display over the Park. The report is in the Braintree and Witham Times for 23 June 1960. See also photos M 360 and M1611.