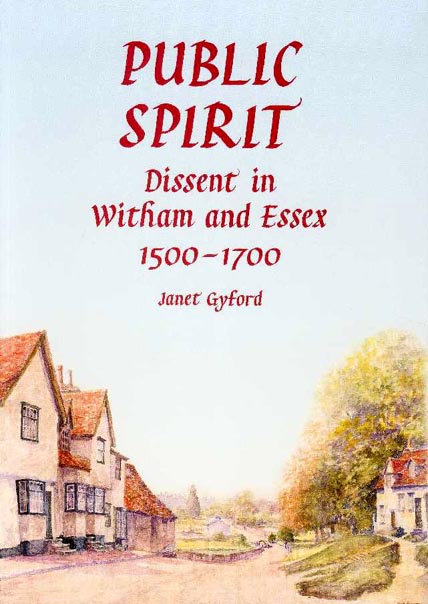 Meet the troublesome residents of Witham and elsewhere, quarrelling, holding secret meetings, and being taken to court. And read all about vicar Francis Wright, arguing with his parishioners, being imprisoned, colliding with a horse whilst ‘reeling’ drunk near the White Hart, and much more. Also includes happenings in Essex as a whole, and brief explanations of the historical background. The wonderful illustrations by Ray Brown have been especially praised.

This book and ‘Witham 1500-1700’ were written in my 17th century phase. This was inspired by John Walter (now Professor) at a W.E.A. Week of Study. He taught so well, and made everything so fascinating, that I devoted several years to tracking down the relevant people in Witham, and producing these two rather large books about them. Thank you, John.

Out of print, though Amazon claim to sell it.

It would be nice to see it reprinted, together with its companion volume ‘Witham 1500-1700: Making a Living’. But it would be quite difficult, because of the antiquity of the ‘techniques’ by which it was produced and stored.