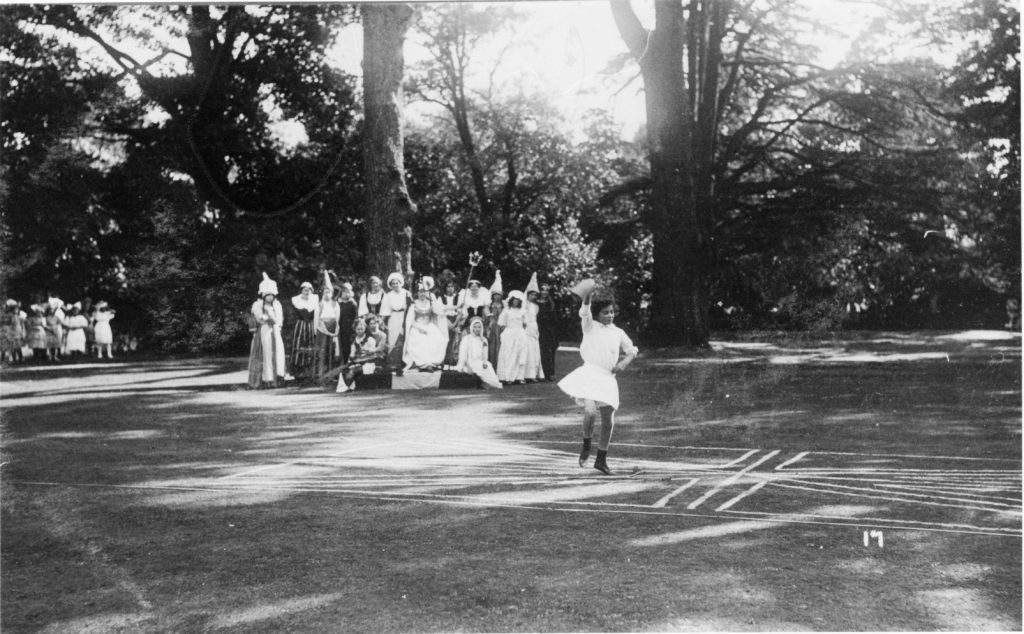 Patriotic play at the Grove, ‘The Birth of the Union Jack’ (no.17). Sword dance by Nyria Hawkins. She is thought to have once acted as Peter Pan in London, chosen by its author J M Barrie. She was at the Conti dancing school in London. She married a solicitor in Colchester. Her father was an army colonel and lived at Bygrove House, Collingwood Road. Vera Hawkins, her elder sister, married Mr Rook, parson at Braxted, and then married Mr Round.

Information from Lucy Croxall; identity confirmed by newspaper. Britannia and her court in the background (see M174).