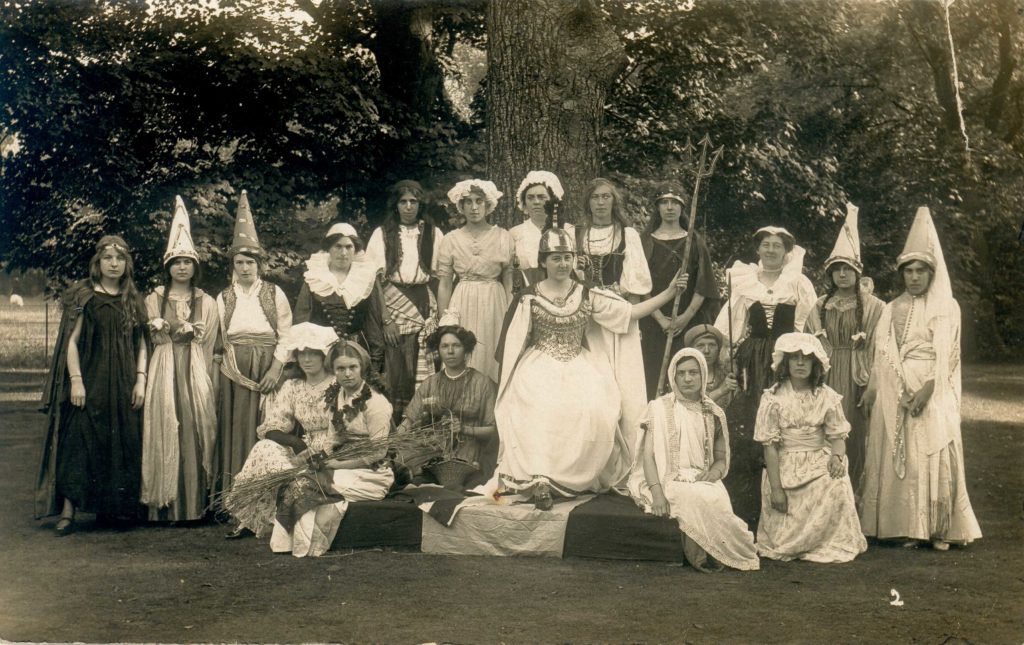 Patriotic play at the Grove, ‘The Birth of the Union Jack’ (no.8). Group portraying Union Jack. Include in group of three facing the camera front left, Marion? Page?, centre one of three, and Catherine Brown, right hand one of the three (daughter of Percy Brown of Collingwood House, corn merchant). To right of Catherine, also on the front, across a gap, with long hair over one shoulder, below the left hand side of the main tree trunk, is Joan Howlett (daughter of Linley Howlett, organist at All Saints). Marjorie Brown is immediately to right of Joan, slightly behind, looking to side, below right hand side of tree trunk (sister of Catherine). Of the group of four facing the camera on the right, the second from the right, with fair wavy hair, is Vera Turner (later Mrs Howell). Names mostly from Lucy Croxall, Mrs Howell’s from herself. See M1020 for a very similar photo.. There is a report in the Essex Weekly News for 20 August 1915.