The nationwide local elections of 1964 included the ones for the Witham Urban District Council. Labour councillors had been in the majority for sixteen years, and Ted Smith had been chairman for two years. Their election address sets out their plans for the future of Witham, following an agreement with the London County Council who were to bring new jobs and residents to the town. In 1964, Labour gained the most votes and continued in the majority.

In 1964 in this ward, the north, there were two people to be elected. The Labour candidates were Ted Smith and Jim McElrea, as shown by the election address. I interpret the handwritten notes to mean that Ted Smith had most votes with 617; he continued as Chairman.  Mr Last was next with 561 and these two were therefore elected. Third was Jim McElrea with 554, seven votes behind. This was probably the occasion when dozens of people spoke to Jim the next day and said they would have voted for him but they had thought he was sure to be elected anyway, and/or they didn’t quite get round to it. 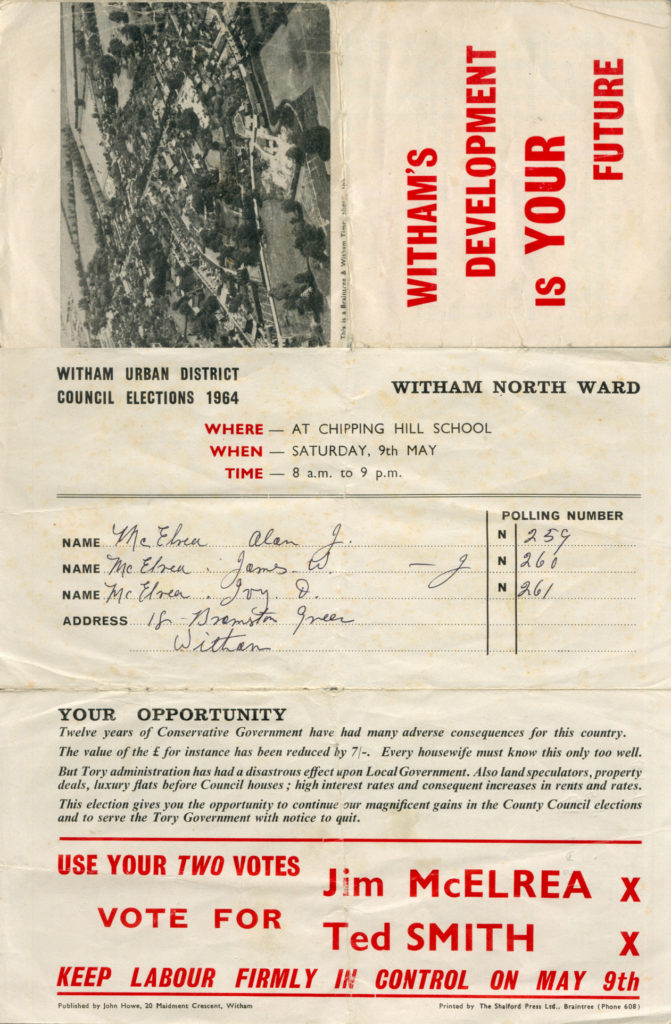 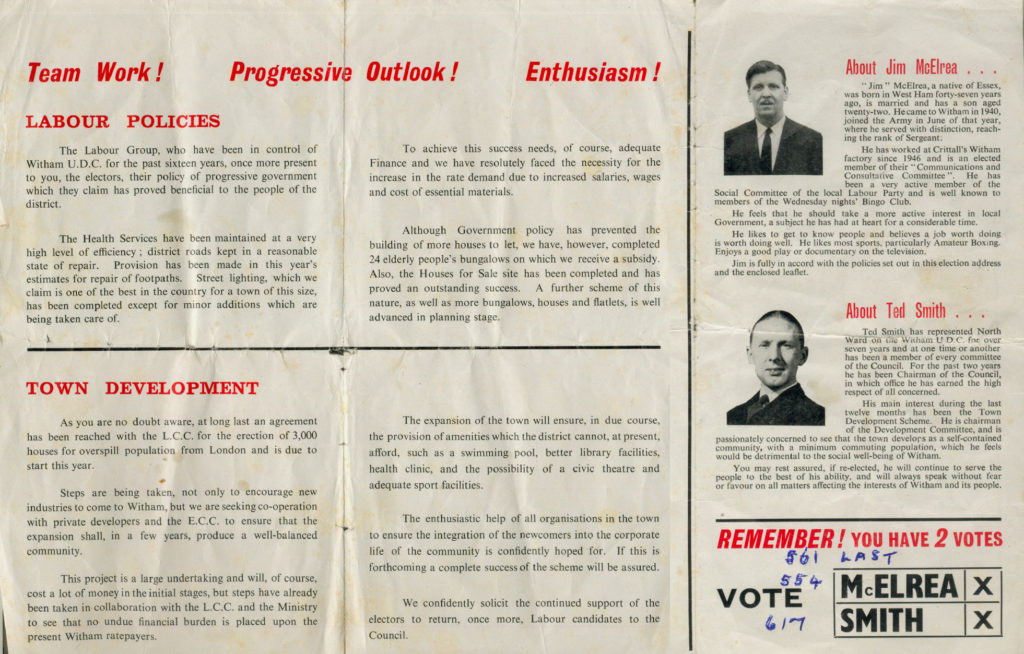 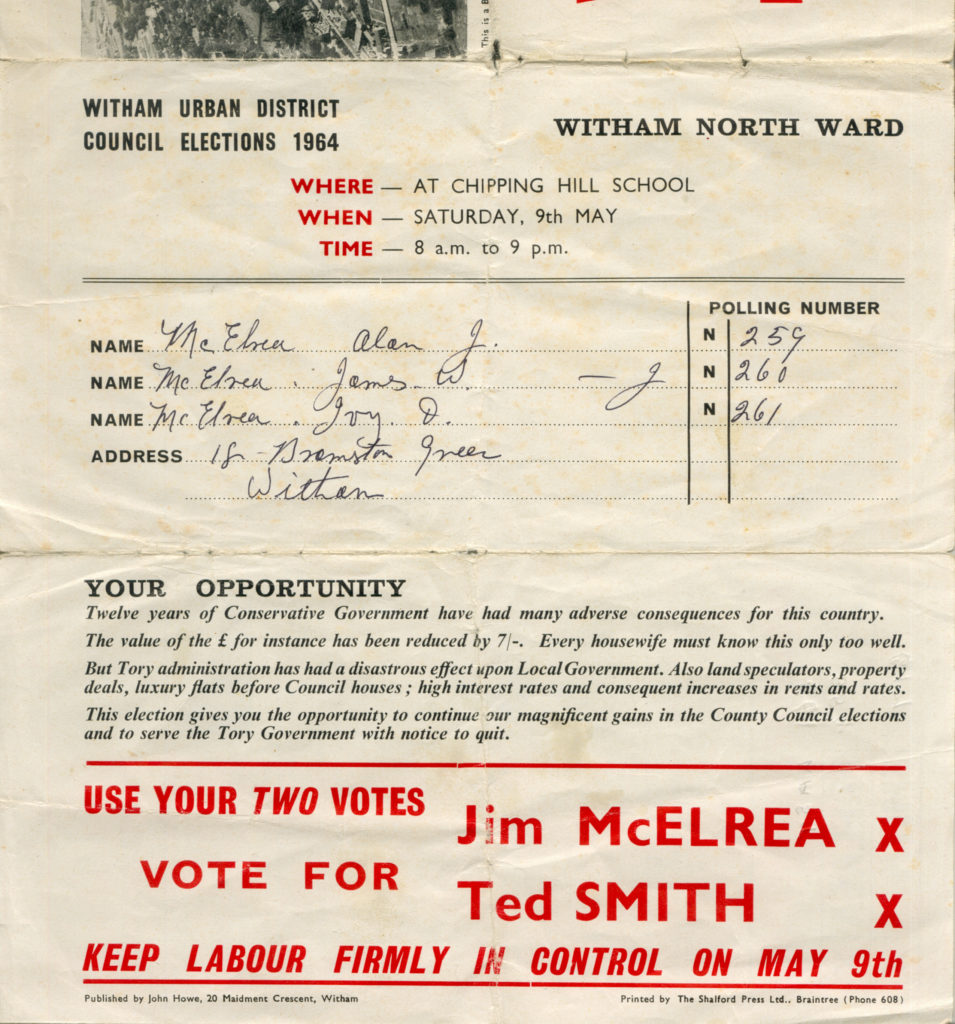 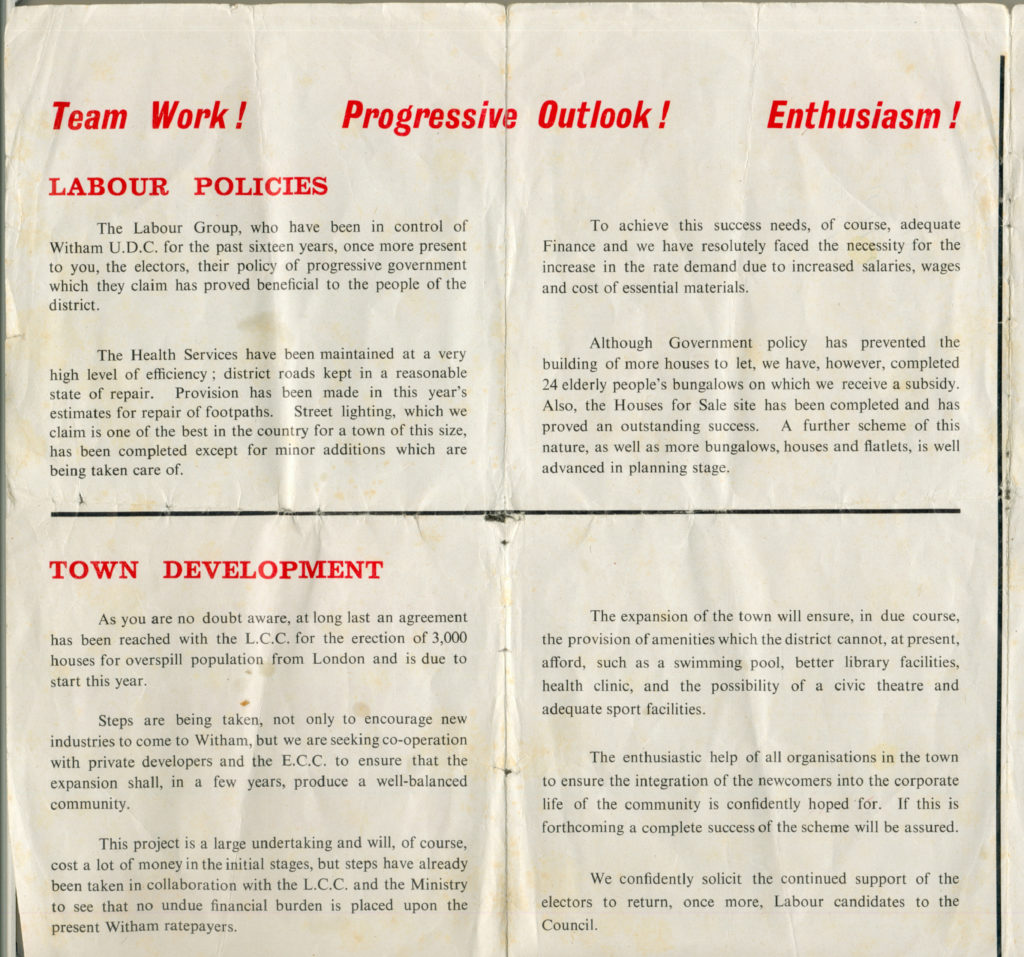 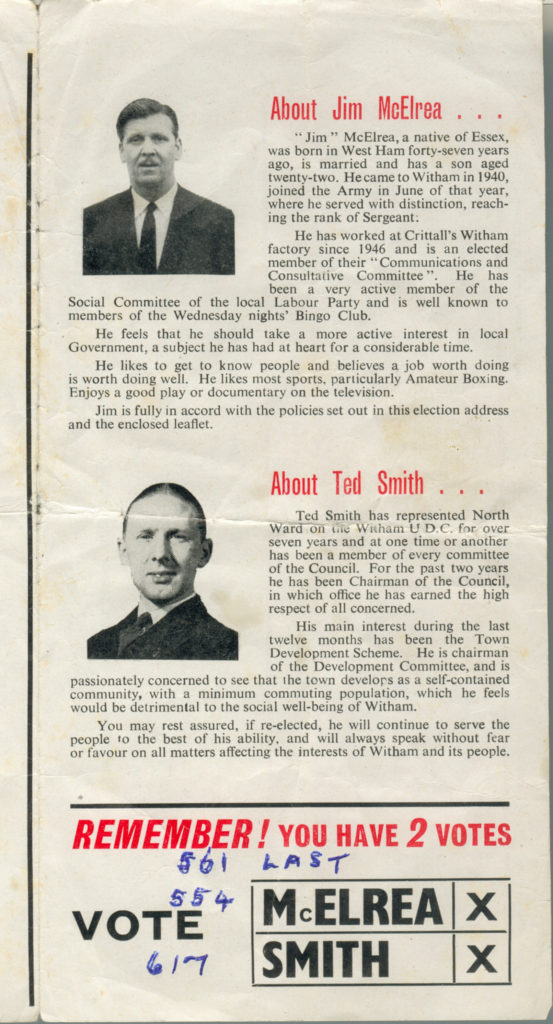