For an interview with Mrs Bajwa, see interview tape 4

For photos concerning Mrs Bajwa, see photos M 3168 to M3208. They are generally arranged with her early life in Witham first, her life in Lahore next, and her life in assorted places including Africa last. I don’t have a clear idea of dates, but for now I have given the photos these dates: Witham 1900 to 1920 approx., Lahore 1910 to 1930 approx, Africa 1920 to 1950 approx. These are very wide and wild, I hope they may be improved on one day.

In May 2020 I heard from Valerie Pellett, Jessie Bajwa’s granddaughter. She kindly wrote this piece for me, quoted below. It is about some amazing parts of Jessie’s life which were previously unknown to me.

Family tree
(I, Janet Gyford, wrote all this some time ago, so see the above article by Valerie Pellett  for updates, especially about Jessie’s sister Connie) 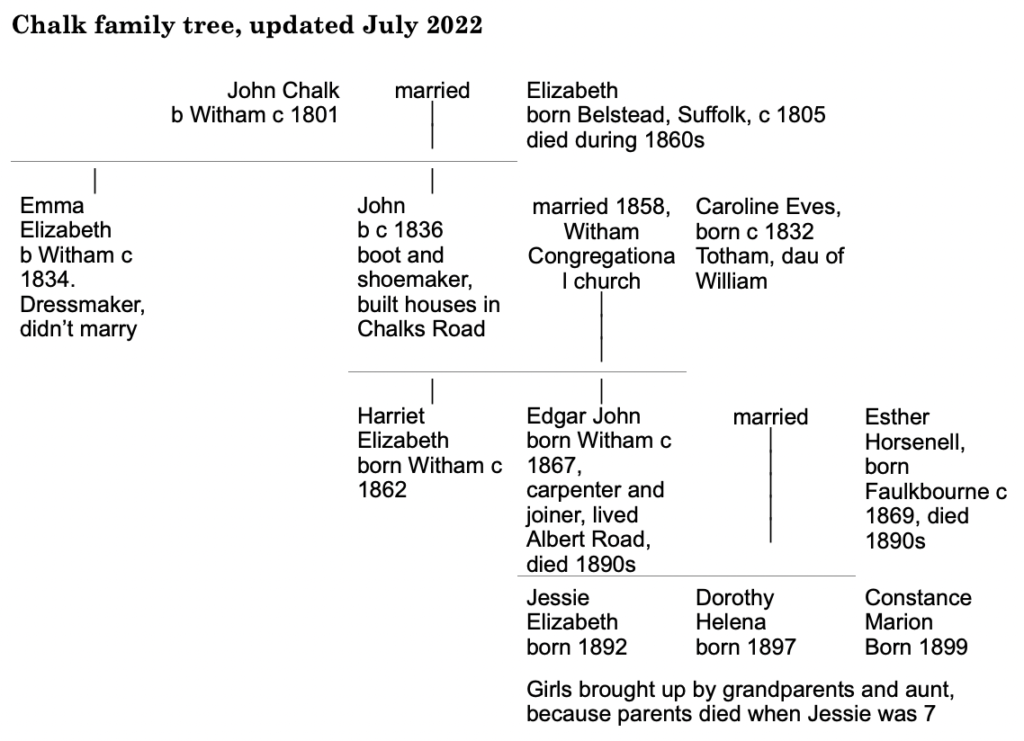 Parents, grandparents and early residences
When she was born, the family was living in Albert Road, opposite the station.

Jessie was playing the piano by 3 ½, taught by her father Edgar. Edgar and Esther died in about 1899. Jessie and her sister(s) were thereafter brought up by an aunt and their grandparents John and Caroline Chalk of 55 Braintree Road. Jessie didn’t like the aunt.

When they were older the girls lived in 57 Braintree Road with a maid.
Jessie was determined to leave home. She went to Saffron Walden College.

(Here I omitted much of Jessie’s life overseas, for which see Valerie’s article above).

She Married a Tanganykan and they lived in Tanganyka when they were married and after. He died in 1941.

She had a job as a school secretary in Tanganyka in  1955.

Extracts from relevant documents, especially about the history of the Chalk family

Chelmsford Chronicle,  20 May 1904
‘Miss Ethel Chalk, of Witham, has been appointed head mistress of West Ham Church Girls’ School, at a salary of £120 per annum [not sure where she fits in if at all]

Info sent to Ann Turner 1 December 1999
(She is related to them.)
I don’t have any other info. to hand about Thomas Chalk or Mary Belstead who married in 1798. And I understand that the Chalks after whom Chalks Road was built came from Ipswich originally. I used to talk to a Mrs. Jessie Bajwa, nee Chalk, who was born in 1892 (she has died now). She was from this Ipswich family. Her parents were Edgar Chalk, builder, and Esther. Her grandfather John was the Chalks Road one. E.g. in 1858 the building plans of Scrivener Terrace, now nos 1-4 Chalks Road, have his name on. However, the John Chalks (senior and junior) that in the 1861 census lived where I thought she said they were, are given in the census as ag labourer and shoemaker, and born in Witham ! So more attention is required here, I guess (RG 9/1107 ff.98 and 99: Elizabeth, John senior’s wife, is given as from Suffolk, Belstead).

Newspaper report about Mrs Bajwa in 1976 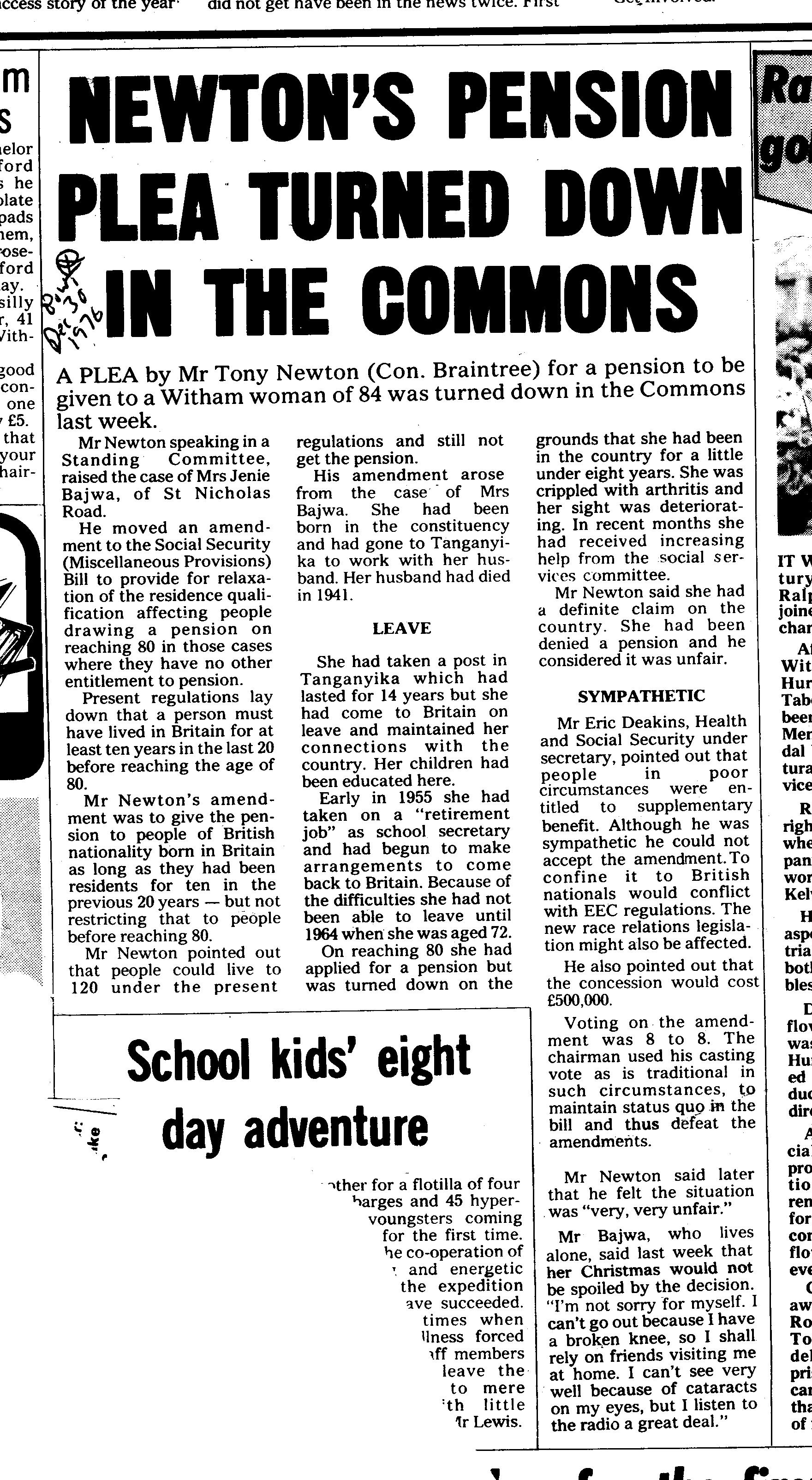